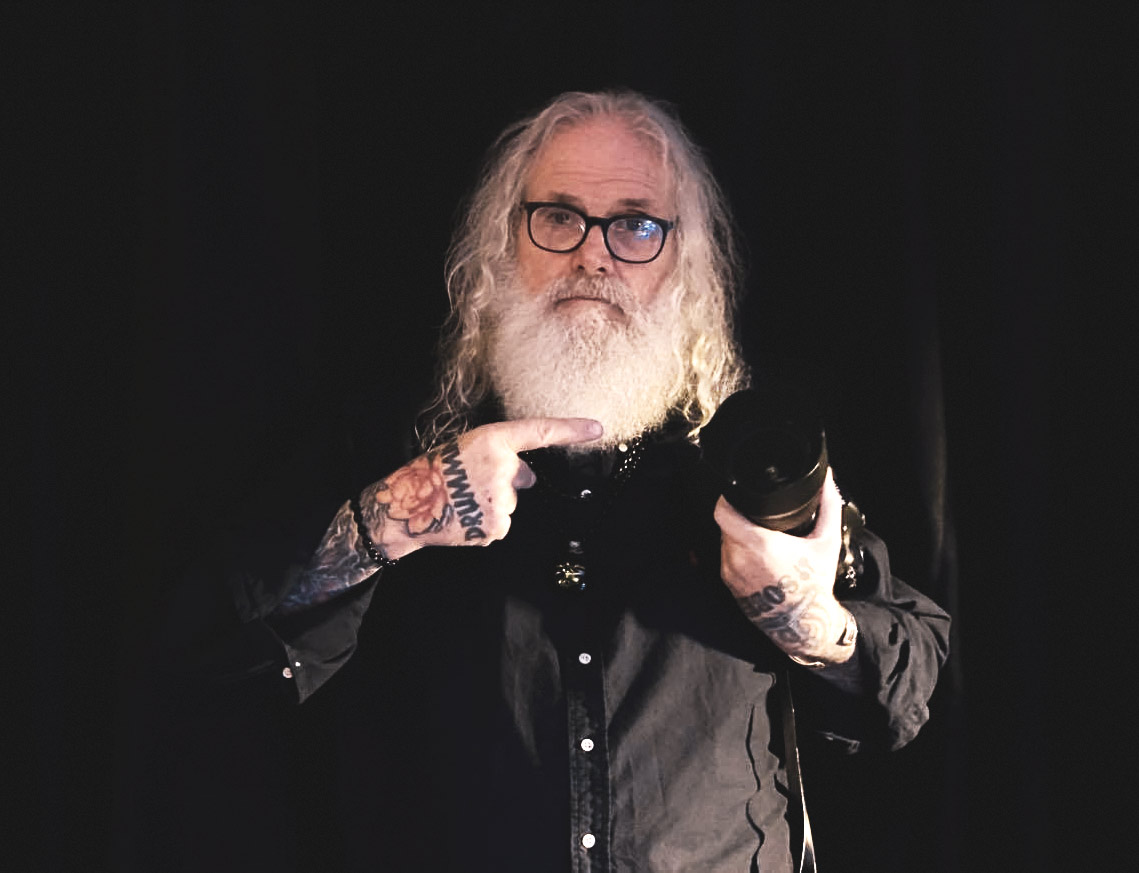 The photography “bug” bit George in his early years when he was attending the Des Moines Art Center. Inspiration came from his fellow students and the cadre of older artists who were producing works that were inspirational to this young man. George, hoping to catch some of his favorite bands and artists, would sneak disposable cameras into concerts and shows. Although the resulting pictures were blurry, George’s passion for photography and live music melded together and he became inspired to improve his camera equipment and hone his talents.

George created a concert photography website called Gig Archives. He photographed shows for concert and radio websites, publications, and newspapers across the Midwest. A drummer since 1979, George was taking a lesson one day and his teacher told him to get to PASIC (the Percussive Arts Society International Convention) to not only rub shoulders with the world’s best drummers and percussionists, but to also build his portfolio of musician photos and their amazing setups.

After attending PASIC in 2017, George decided to focus on capturing drummers and their performances with his camera. His professionalism and friendly demeanor soon made him a mainstay at PASIC and his work was now appearing in Modern Drummer, on drummer’s websites, and in all facets of social media. Many drummers now request George to take photos and videos of their performances for their own websites and most of them are now his friends.