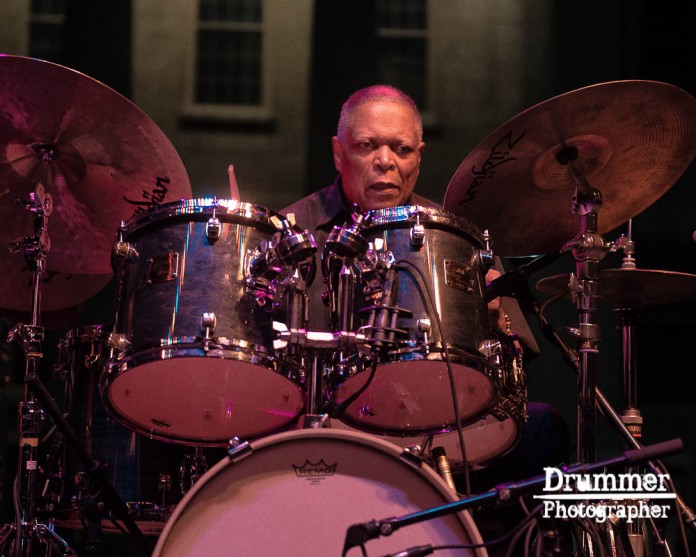 William “Billy” Hart (born November 29, 1940 in Washington, D.C.) is a jazz drummer and educator who has performed with some of the most important jazz musicians in history.  Billy Hart works steadily and teaches widely. Since the early 1990s Hart spends considerable time at the Oberlin Conservatory of Music, and is adjunct faculty at the New England Conservatory of Music and Western Michigan University.

At the core of all this is Hart’s true love of the instrument. The drummer can talk for hours about the connections between Nasheet Waits and Rashied Ali, how Los Van Van’s Changuito forever changed drumming, and why Mark Mondesir may be the drummer of the future. But clearly, William W. “Jabali” Hart is one of the greatest jazz drummers today, in the here and now.

"As the son of legendary drumming icon Ginger Baker, Kofi Baker has a name that’s synonymous with drumming excellence. And Kofi lives up to...

"Zach Danziger, an innovative and virtuosic drummer, is pushing the limits of contemporary drumming and electronic music. By triggering samples from pickups on his...

Brian Blade first music he experienced was gospel and songs of praise at the Zion Baptist Church where his father, Brady L. Blade, Sr., has...

Calvin Rodgers was born into a family of musicians, on the south side of Chicago, Illinois. As a young child, his parents noticed instantly...