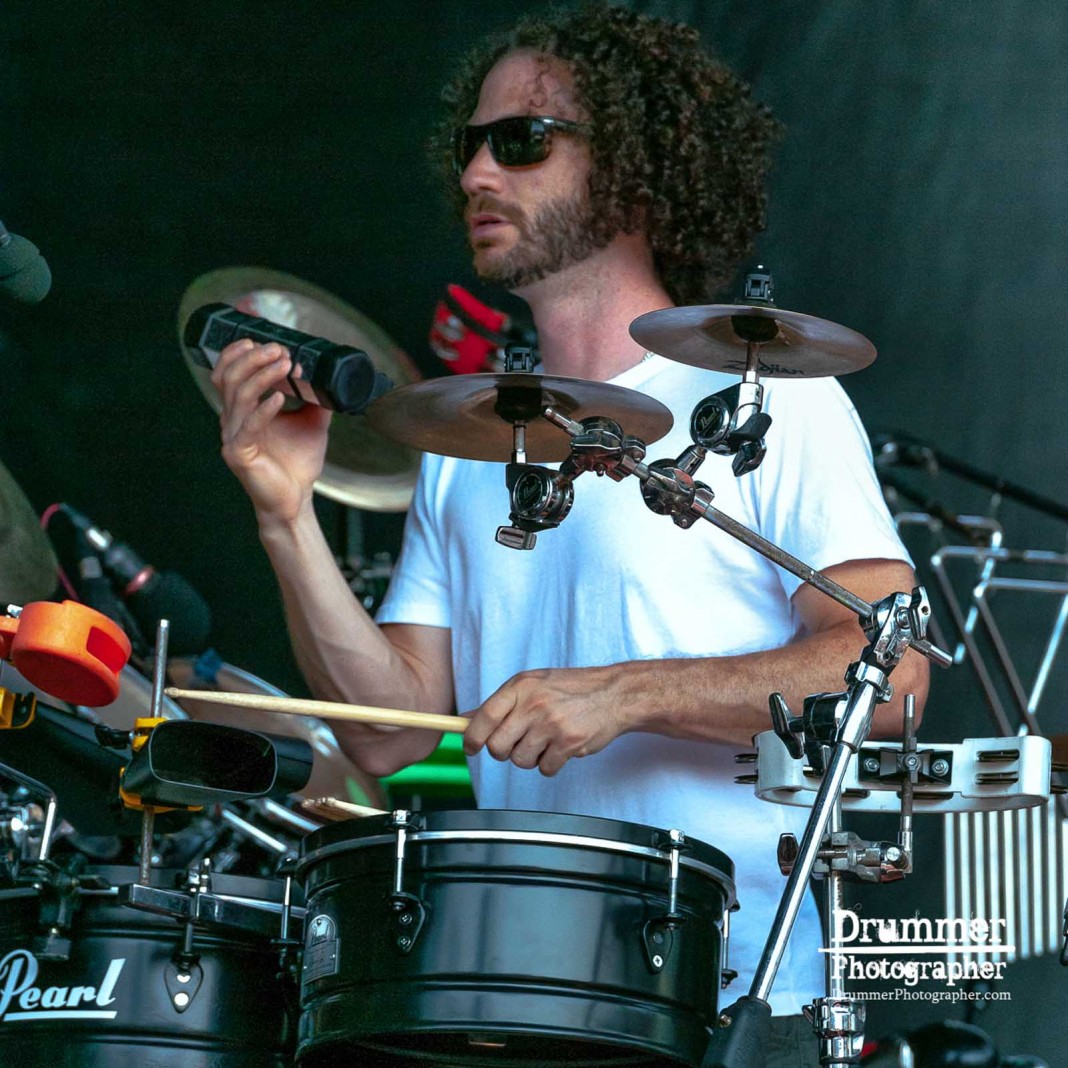 The man, the myth, the legend – Andy Farag. Often replicated but never duplicated, Andy is the finest thing to come out of Northwest Indiana since U.S. Steel and Michael Jackson. After original drummer Michael Mirro spotted the talent inherent in Xanadu (equal parts afro and percussion), Andy began making weekend road trips from Bloomington to South Bend to “sit in” on percussion. Recognizing the early need for the copious amounts of cow bell necessary to round out any good rock song, Andy quickly joined the ranks full time in the summer of ‘98. His love of early hip hop and soul music brought yet another influence into the mix from the beginning. Steady and reliable demeanor landed Farag behind the wheel for many miles in the band’s Suburban and van days. The man is as even-keeled and laid back as you will find in the topsy turvy world of rock ‘n roll.

His percussion skills may only be out-matched by his ability to perfectly execute any number of grilled or smoked meats. There are many a host of grilling shows that feel fortunate Andy has a successful career in the music business. He now calls sunny Charleston, South Carolina his home and has taken to homeownership like Hemingway took to Daiquiris. When not polishing his chimes, Andy can be found picking fruit off the extensive array of flora he has in his backyard.  Umphrey’s McGee