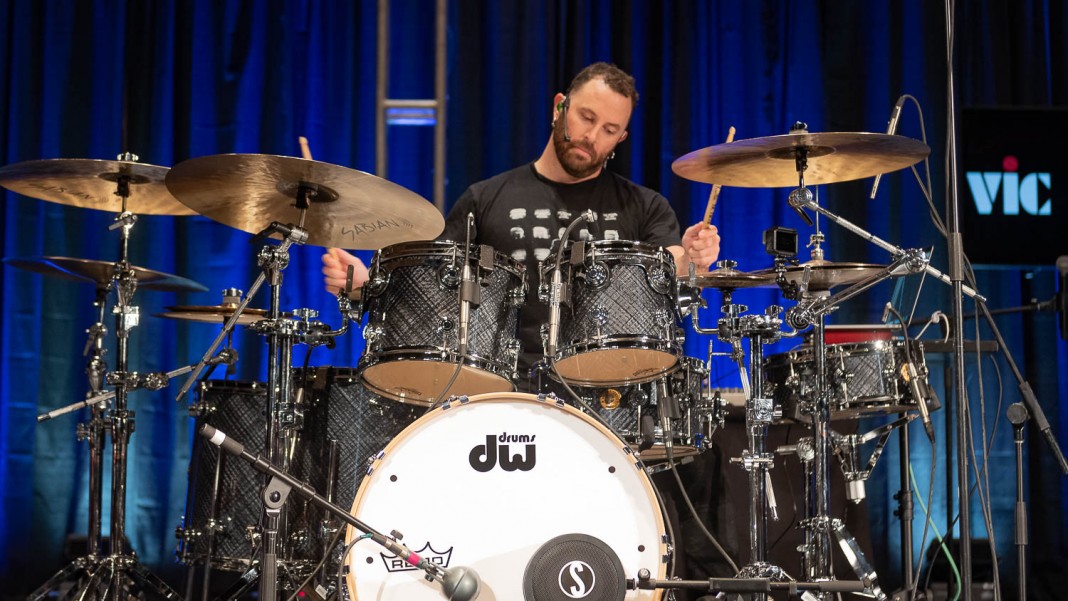 Dave Elitch first gained notoriety touring with the American progressive rock band The Mars Volta in 2009-2010. Since then he has lent his talents to Miley Cyrus, Justin Timberlake, M83, The 1975, Juliette Lewis, Big Black Delta, and many others. An established LA session player, Dave has performed on various records, syncs, and film scores for major motion pictures, including “Trolls” and “Logan.” He also conducts masterclass lectures worldwide and keeps a busy private teaching practice in Los Angeles. Dave has developed a reputation as the technique/body mechanic specialist and has helped many of the industry’s top players and educators expand their vocabulary, overcome physical/mental barriers and get out of their own way. Dave has been teaching privately for nearly 20 years and he has developed a reputation as the technique/body mechanic specialist for drum set. He has helped many of the world’s best players, as well as top educators “, get out of their own way” by being as efficient as possible in regards to conservation of motion and energy.

“If anybody deserves to be considered this generation’s answer to the late Freddie Gruber — the revered teacher of some of the biggest names in drumming history — it would be this stylistic chameleon who is just as happy to spend time perfecting a backbeat in the privacy of his teaching studio as blasting monster chops onstage in front of tens of thousands of fans.” –JOHN PAYNE