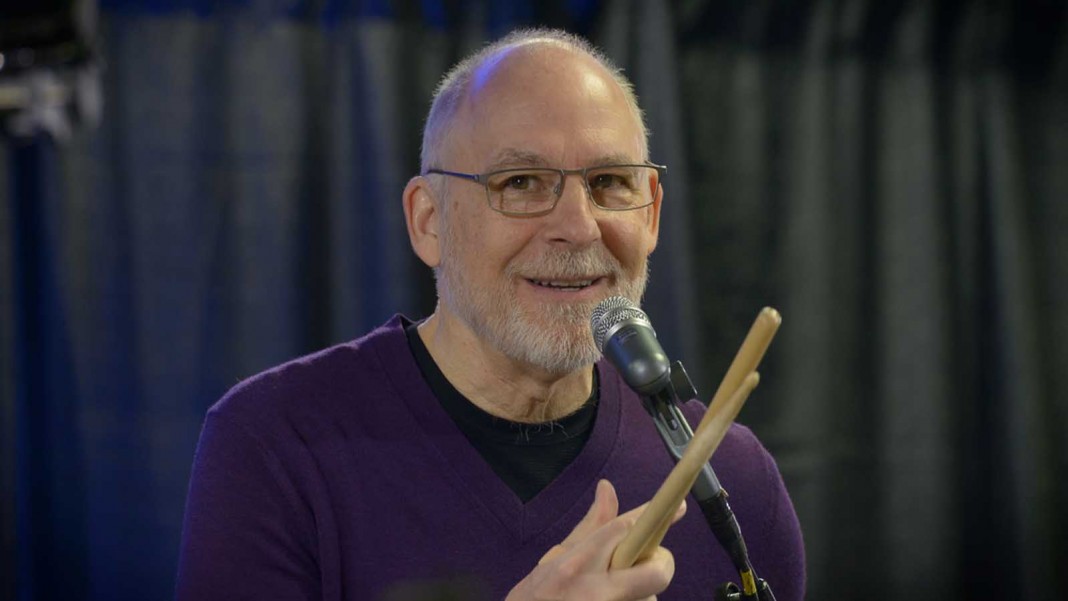 Drummer, Producer, Recording Artist and Educator Bruce Becker has steadily made his mark in the world of Music. Founding member and Drummer behind the David Becker Tribune, Bruce has recorded and co-produced 10 critically acclaimed recordings. The DBT has performed at clubs and jazz festivals throughout the world for more than 3 decades. In 2015 “Message To Attila” was released on Enja records. Bruce was part of an all star cast to honor the music of Attila Zoller, featuring Ron Carter, Pat Metheny, Mike Stern and many others.

Bruce’s drumming has been heard on diverse mediums such as, Radio throughout the World, Monday Night Football, Entertainment Tonight, The Weather Channel, 94.7 the Wave, United Airlines, 7-up advertisement, “Real Sex” and much more.

Spanning more than 3 decades as an Educator, Bruce has drawn from his more than thirty year association with Drumming “guru” Freddie Gruber carrying on the torch of a unique approach in getting the student to understand the natural principles of the physical body’s interaction with the drum set. March 2013 saw the release of Bruce’s DVD “Concepts and Philosophies”. Bruce has been a regular contributor to Drum Channel’s live streaming and archived lessons since 2013. Bruce’s reputation has interested a vast array of drummers to seek his teachings. The list includes drummers such as, David Garibaldi, Mark Schulman, Daniel Glass, Glen Sobel and Clayton Cameron. Bruce has performed Master Classes and Workshops in Music Conservatories and Schools in the USA, Germany, Italy, Belgium, Austria, the Netherlands, Latvia, Moscow, Argentina, Uruguay and Australia.

Bruce continues to divide his time between International touring with the DBT, workshops, studio recordings, live dates and private teaching.