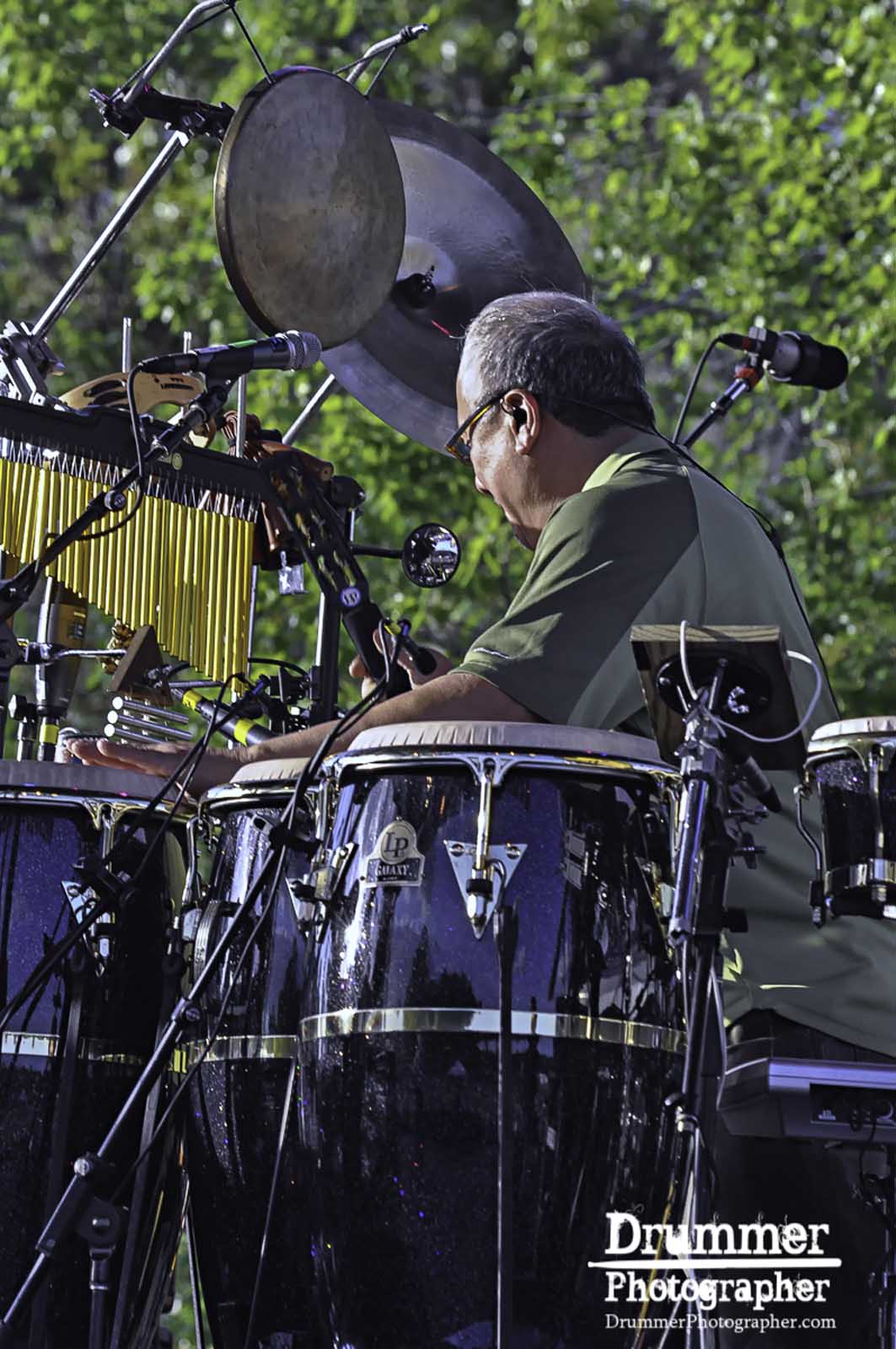 Ortiz began his career on a standard drum set, but shifted to bongos, congas, timbales and other percussion instruments as a way to distinguish himself from other drummers in Texas. In 1986 he moved to Athens, Georgia where he met up with the members of the newly formed Widespread Panic. Playing percussion, he performed with them for the first time on October 6, 1986. He continued to sit in with them regularly when they played in Georgia for the next couple of years before accepting their formal offer to join the band in late 1988 or early 1989.He has performed with them at every concert they have played since then. He has also appeared on every album they have recorded including their debut, Space Wrangler, which was recorded shortly before he officially joined the band.