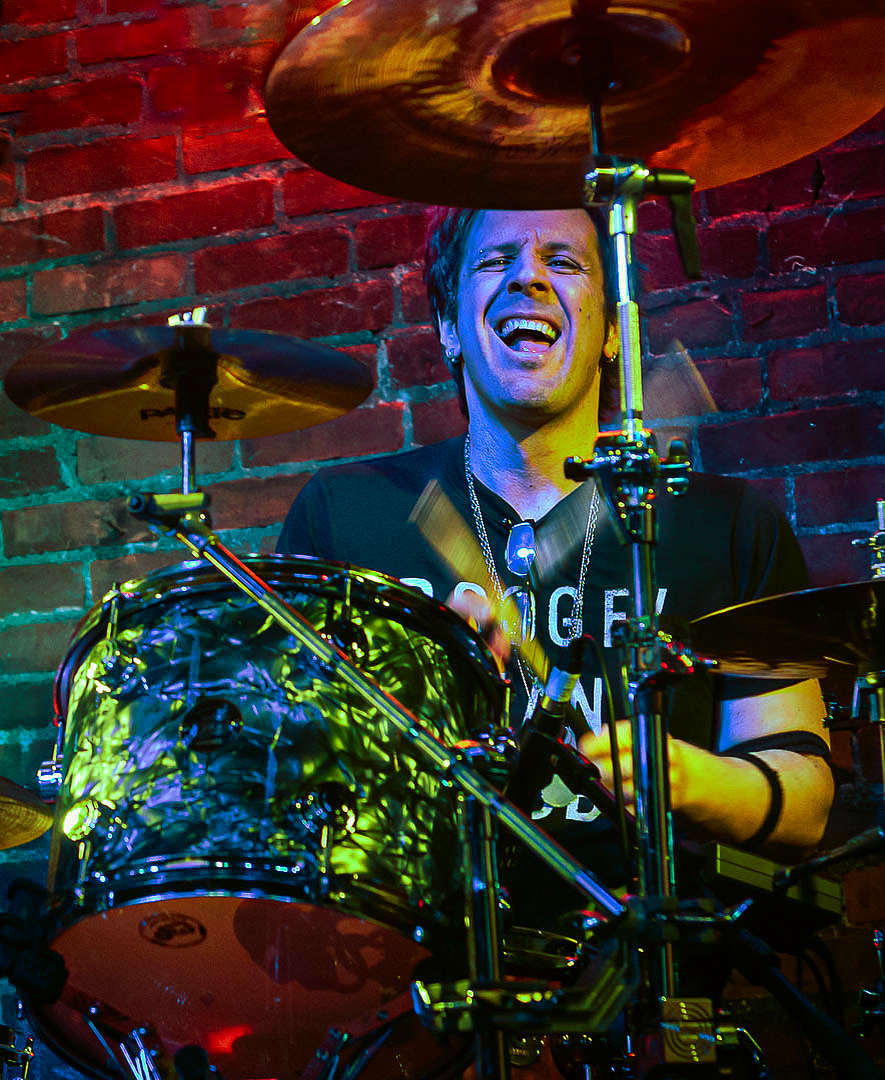 “Glen Sobel has played in a variety of genres including rock, hip hop, pop, metal, punk, and fusion. Recently he has played, toured, and/or recorded with gigs ranging from hard rock (Alice Cooper), pop/r&b (tour with ELLIOTT YAMIN- American Idol finalist who topped the Billboard Hot 100), instrumental fusion (Glen played on PAUL GILBERT’S DVD), stadium/arena rock (Glen toured in 2010 with VASCO ROSSI- Italy’s biggest rock super-star, playing to crowds in excess of 40,000), last minute subbing with some of the industry’s heaviest hitters (Glen subbed a week for TOMMY LEE in Mötley Crüe on a few hours notice pulling double duty on the Crue/Alice tour), to studio TV work (Glen plays drums on the new version of the MONDAY NIGHT FOOTBALL theme on ESPN).

Glen has conducted and appeared at CLINICS AND DRUM FESTIVALS in many countries. He has established himself as a respected player and teacher in LA and was hired as an instructor at MUSICIANS INSTITUTE (Percussion Institute of Technology or PIT) and also has a regular lesson column in DRUM! Magazine.

A seasoned pro with world tour experience, Glen has developed a reputation for being a quick study, known to learn an entire set of material in a day or record a CDs worth of songs on short notice. He spends much of his time in Los Angeles doing sessions for some of the music industry’s top producers. His performances are dynamic and visual and his track record as a session player is impressive.” www.glensobel.com