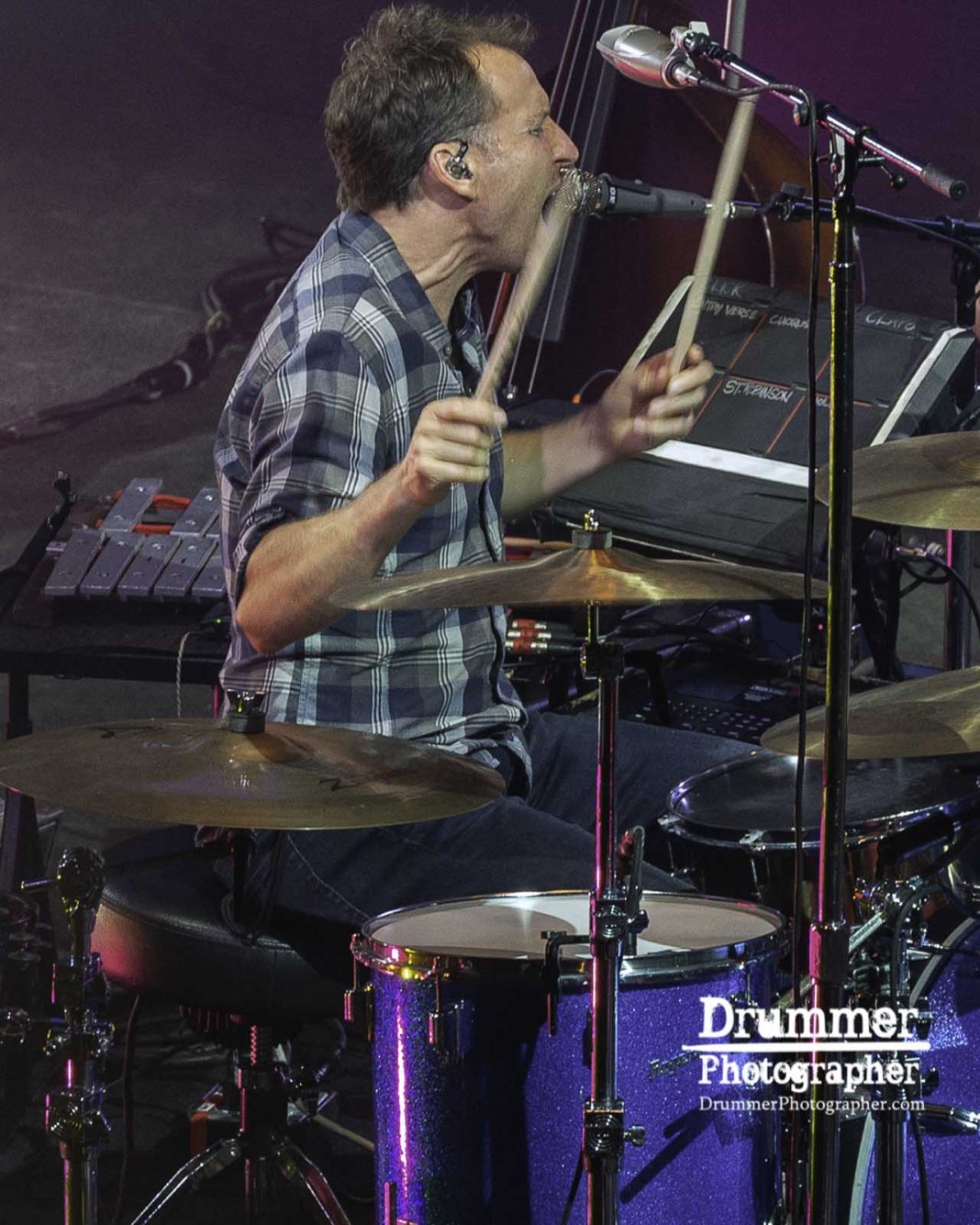 “Jim Bogios was born in the Bay Area where he still resides today. After many long hours banging on Mama Bogios’s pots and pans, Jim finally began playing music in elementary school and studying privately with Greg Sudmeier.

After a few years out of state attending college Jim returned to the Bay Area in 1992 to join Papa’s Culture. This extremely diverse and highly entertaining band turned out to be a huge influence both musically and personally in young Mr. Bogios’s life.

In 1996 Jim landed the gig playing drums and singing for Sheryl Crow. This too would end up being a long lasting and life-altering experience as he spent eight years with her doing countless tours, TV shows, and Grammy-winning recordings. Playing with Sheryl opened many doors and during his time with her, Jim had the opportunity to perform and record with many artists, such as Eric Clapton, Keith Richards, and Prince. However, in January 2003, Counting Crows came calling and made Jim an offer he couldn’t refuse…to be a band member.

Not playing makes Jimmy a dull boy, so during his downtime, he has always toured with other artists. In 2000 Jim played drums for the highly successful Dixie Chicks Fly Tour.  In 2001 he joined Ben Folds for the Rockin’ the Suburbs tour, while 2006 found Jim touring with Amy Grant.

Besides recordings with Counting Crows and Sheryl Crow, Jim is featured on many releases from diverse artists such as, Ben Folds, Chuck Prophet, Noemi, Eagle-Eye Cherry, Amy Grant, Mark Eitzel, Tender Mercies, and Aidan Hawken to name just a few.  Jim is looking forward to continued success with Counting Crows (jinx) and when at home, continuing to keep himself busy with recording and playing with various side projects (Lumberyard and Glider)”  By Jim Bogios