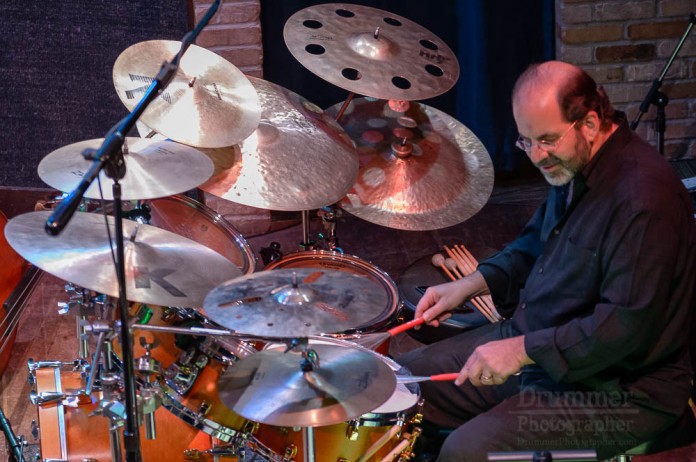 Jon Krosnick began playing piano at age 6 and drums at age 9. The bulk of his formal musical training took place during ten summers spent at the National Music Camp in Interlochen, Michigan. There, he studied classical percussion and jazz drumming, and he performed with orchestras, concert bands, percussion ensembles, jazz bands, and back-up bands for musical theater performances. (pianist with Ray Brown, Jeff Hamilton, John Pizarelli, and many others), Ned Mann (former bassist with Michel Camilo, Tania Maria, and many others), and David Mann (who since performed with Tower of Power, James Taylor, and Paul Simon).

… Charged Particles reflects his primary influences on the drums: Peter Erskine, Dave Weckl, and Steve Gadd. His drumming style blends incredible technique (developed through his classical training) and a sensitivity to his fellow players with an explosive energy that propels the trio to electrifying velocities. The mixing of Murray’s and Aaron’s harmonic and melodic talents with Jon’s rhythmic vitality sparks many exciting moments during an evening with Charged Particles.  Bio Charged Particles Steve Smith's drumming, while always decidedly modern, can best be described as a style that embodies the history of U.S. music. His original love of...

Barry Kerch was born August 7th in Colorado Springs, Colorado. Barry played his first drum at the age of 7. It was a snare...