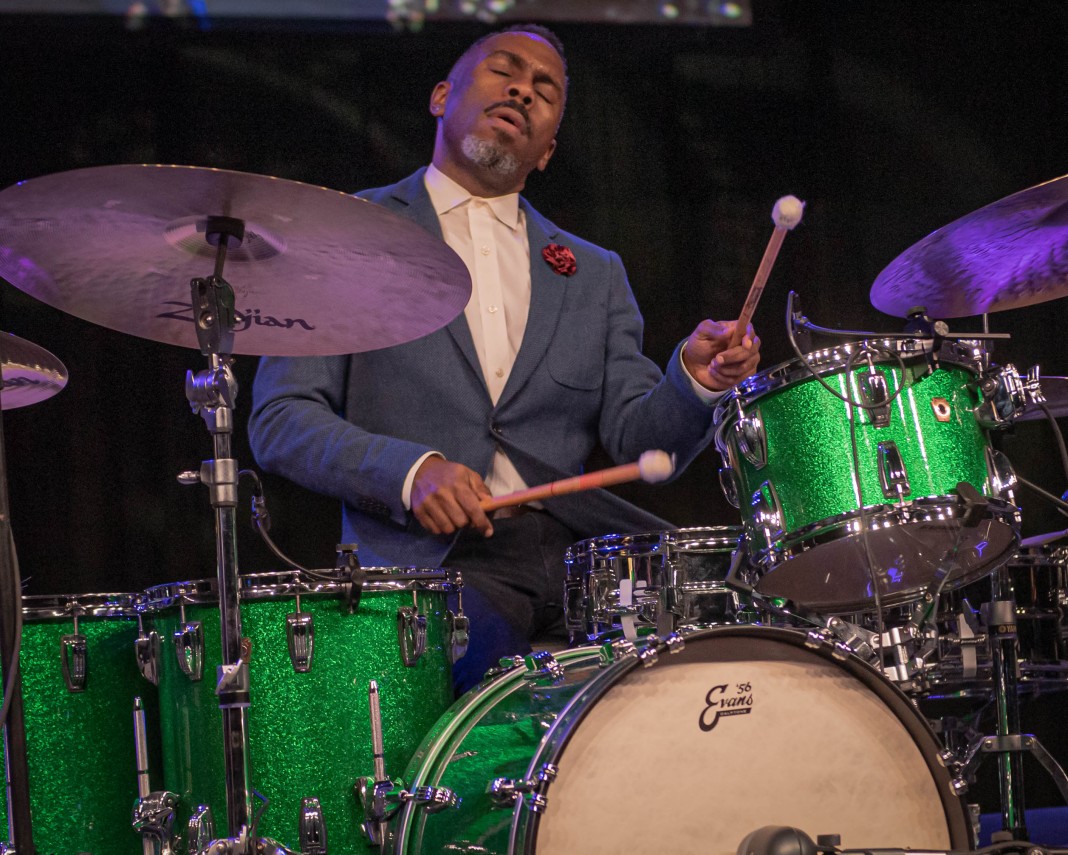 Born and raised in Chesapeake, Virginia, his musical talent became apparent at the age of eleven, after picking up the drums and learning to play the piano by ear. After high school, he went on to earn a percussion performance scholarship and pursued his musical studies at James Madison University, where he received a B.S. in Media Arts and Design in 1997. While still in college, Nate was recruited by the great jazz singer Betty Carter to participate in her esteemed Jazz Ahead program, which has produced an impressive list of alumni including Jason Moran, Cyrus Chestnut, Jacky Terrason, and Casey Benjamin, among many others. After college, he was invited to continue his studies at Virginia Commonwealth University as a member of the Carpenter Fellowship Program.  In graduate school, he met and performed with the legendary jazz bassist and composer Dave Holland.  He continued to perform occasionally with Dave over the next few years, finally joining his GRAMMY-award winning Quintet and Big Band in 2003.  In early 2004, he joined saxophonist Chris Potter’s group Chris Potter Underground and has since recorded three albums with the ensemble.  Since then, he has gone on to play or record with an array of fantastic and diverse artists, including Ravi Coltrane, Jose James, Nicholas Payton,  John Patitucci, Adam Rogers, Regina Carter, Mark de Clive-Lowe and Lionel Loueke. In 2012, Mr. Smith did a 35-City US/Europe tour with pop songwriting legend Joe Jackson.  He has appeared on The Today Show, Late Night with Jimmy Fallon, The Late Show with David Letterman and Conan.  He was featured in the October 2012 issue of Modern Drummer magazine, and a full-length web interview with iDrum magazine.

Mr. Smith is also an esteemed educator, having served on the faculty of Betty Carter Jazz Ahead at The Kennedy Center 2013 and 2014 as well as The 2014 Thailand International Jazz Conference. In March 2015, he will be the featured Artist-In-Residence at his alma mater James Madison University.

Regarding his new project, KINFOLK, Mr. Smith says “In conceiving this project, I wanted to focus on creating the material with very few ingredients; just improvising at the drums or piano or singing ideas into a voice recorder, focusing primarily on rhythm and melody. I want to see what other ingredients the players or singers would bring to the material. I’m interested in a true band sound: I want to know how the musicians will color, shape, and season the raw ingredients, and how to pull all of those pieces together to a whole.”

Mr. Smith is also an accomplished R&B/Pop songwriter and producer, and in 2009 he formed his own production company, Waterbaby Music, Inc.