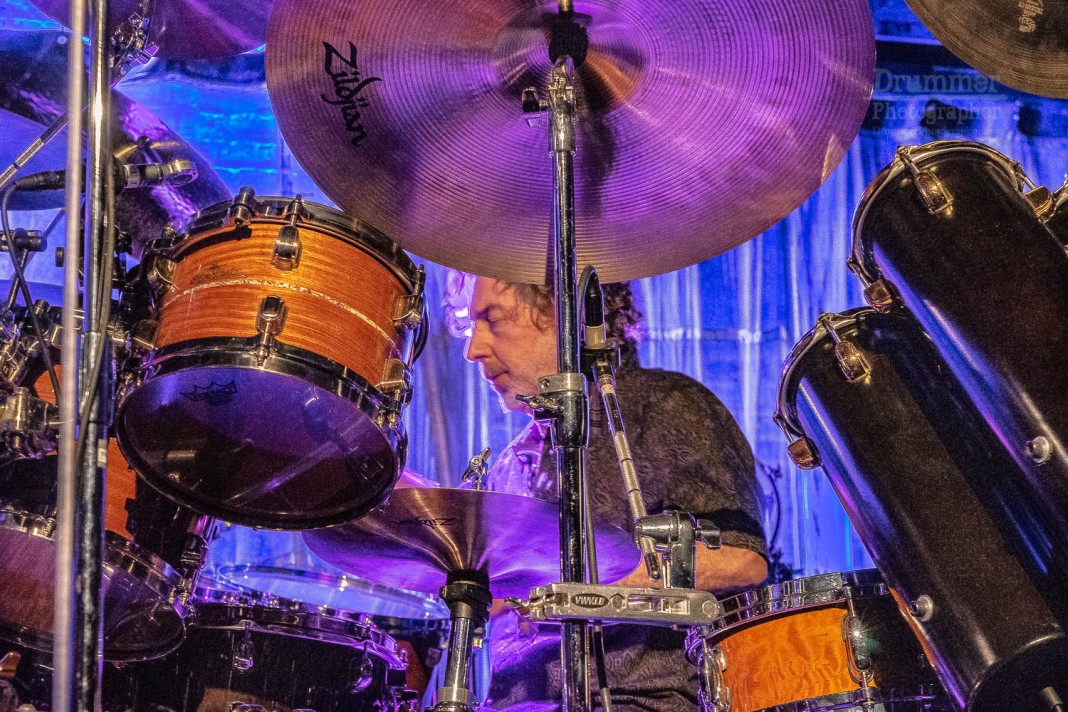 An innovative, aggressive drummer, Simon Phillips embarked on his musical career at an early age. Born in 1957 in London, England, Phillips showed an affinity for the drums quickly — beginning with a toy kit at age four, and moving on to a snare and cymbal set at six. By age 12, Phillips was performing and recording with his father’s Dixieland jazz band. After his father’s death, Phillips left the jazz band and began exploring other musical styles, including rock and musicals. A gig as a drummer for a production of Jesus Christ Superstar led to session work, drumming on the demos of various cast members.

As his connections in the music scene grew, so did his session credits: From the ’70s onward, Phillips performed with prominent rock and jazz artists like Jeff Beck, Pete Townshend, Gil Evans, Stanley Clark, Frank Zappa, and Peter Gabriel. As a solo artist, Phillips debut in 1989 with Protocol, a genre-bending recording in which he played all the instruments. He would later expand the Protocol concept with other musicians.

By the mid-’90s, however, Phillips was ready to lead his own band. Joined by a cast of seasoned rock and jazz musicians including guitarists Ray Russell and Andy Timmons, saxophonist Wendell Brooks, bassist Anthony Jackson, percussionist Peter Michael Escovedo, and others, Phillips began touring as a bandleader. During this period, he delivered several well-regarded virtuoso jazz, rock and fusion-influenced albums including 1995’s Force Majeure, and 1997’s Another Lifetime. The live date, Out of the Blue, appeared in 1999.