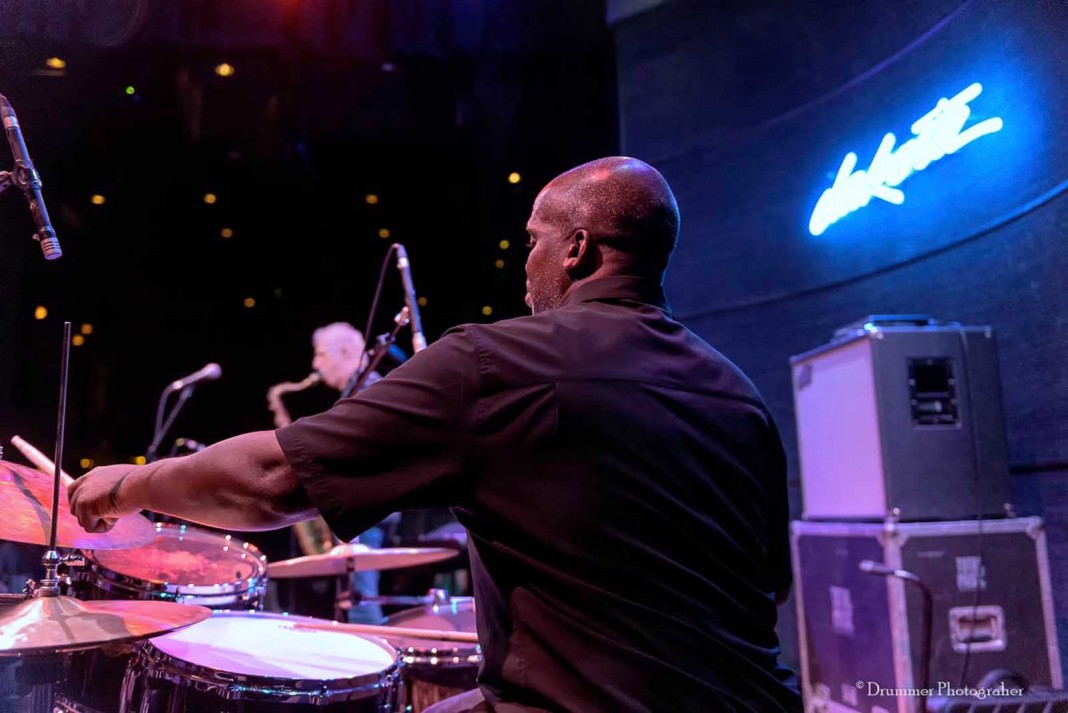 “If you have met Will Kennedy or if you have seen Will Kennedy perform, you understand that inspiration and Will Kennedy are inseparable, if not synonymous. Whether it was during his many years as a member of the fourteen time Grammy nominated group Yellowjackets, or on one of the myriad other Artist’s records or tours, Will has always been credited for being the inspirational drive in the music. His musicality and finesse are legendary amongst the “who’s who” of the jazz world and beyond.

The last few years have been busy ones for Will. He has been the house drummer for The Wayne Brady Show on ABC and the Martin Short Show. He has been touring with Chaka Kahn, Lee Ritenour and Jonathan Butler. He continues to do sessions which includes recording and performing in the movies “Lady Killers” starring Tom Hanks and the academy award nominated “Sideways”, as well as recording with Mick Jagger/Dave Steward for the soundtrack theme for “Alfie” starring Jude Law. Will has conducted drum clinics around the country and released an educational video on Warner Bros. Will endorses some of the finest equipment manufacturers including Pearl, Zildjian, Promark, Evans, Shure, and XL Cases.

Will played percussion and traps throughout his school years and by age ten had his first private instructor, Bill Nawrocki, who taught Will the basics of drumming and was a great motivator. Will studied music in junior college under professor Bill Bell, who was not only an incredible instructor but also became like a second father to Will and ultimately invited Will to perform with him all around the San Francisco bay area. As his playing and performing evolved, Will quickly became a fixture in the Oakland, Bay Area scene. He started playing with a group called Rythmus 21 and it was through this association that Will was introduced to Andy Narell, who wasted no time snatching Will up. After learning and growing more confident in the studio and touring Andy, Will recognized his fasination with composing which lead him to a position in a music publishing company called Pure Delite Music with long time buddies Claytoven and Larry Batiste.

In 1986 Marc Russo, Saxophonists with Yellowjackets, asked Will if he would audition for the jazz group. “After meeting and sitting in with the Yellowjackets, I knew this was something I just had to do”. The next ten Yellowjackets records speak for themselves.

A new beginning has arrived for Will Kennedy; a musician striving to innovate, pioneer, and contribute positively to the course of our music industry.” Yellowjackets Band Bio