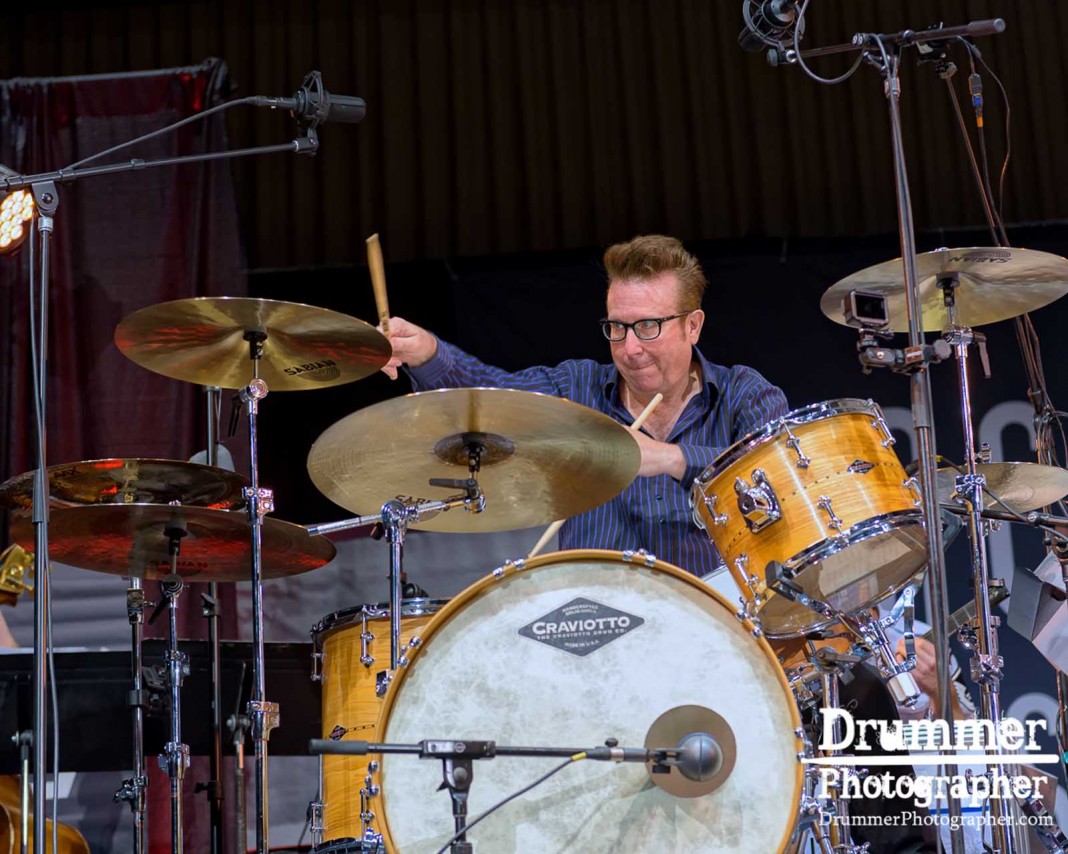 Bernie Dresel has been one of the busiest studio and live musicians in the world as both a drummer and percussionist since moving to Los Angeles in 1983 after graduating from the prestigious Eastman School of Music. He has traveled the world, occupying the coveted drum chair for Grammy Award-winning Gordon Goodwin’s Big Phat Band since its inception in 1999. And also, for an overlapping 15 years (1992 to 2006), he was the drummer for the multi-Grammy Award-winning Brian Setzer Orchestra, selling close to 4 million records. Modern Drummer magazine’s readers’ poll named Bernie “Best Big Band Drummer” and Drum! Magazine has put him on their list of “53 Drummers Who Made a Difference in the ’90s” as well as honoring him with a Drummie® for Best Big Band Drummer.

Bernie Dresel’ s jazz orchestra, The BBB, is without question one of Los Angeles’ most exciting large jazz ensembles, if not on the planet. It is one of the most innovative and original hard-swinging large jazz ensembles ever. The BBB provides potent testimony to the sheer exhilaration of big band jazz…a combination of intense swing and fiery soloing, as well as tight ensemble playing, powered by Bernie Dresel’s extraordinary drumming talents.

Prior to forming his own jazz orchestra, Bernie backed Maynard Ferguson, the Brian Setzer Orchestra, and Gordon Goodwin’s Big Phat Band. Bernie served 15 years for both Setzer and Goodwin. He has been the drummer on numerous Brian Setzer Grammy Award®-winning recordings and more recently on every recording that Gordon Goodwin’s Big Phat Band has released, including the Grammy Award-winners. BERNIE DRESSEL