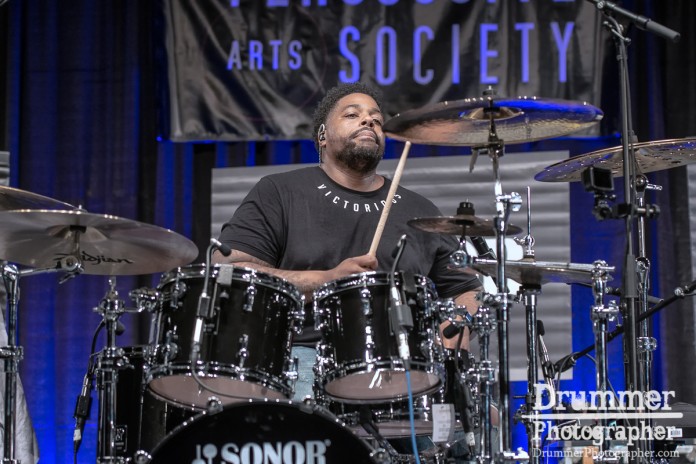 “Aaron’s love for music began in a Pentecostal church in Washington DC he went to with his parents as an infant. Music was a big part of the religious service. Seeing and listening to the choir and to the backing musicians really struck a chord with little Aaron. Being a part of that environment, playing and expressing himself through music became a natural desire of his. Fortunately for us, among all the musicians in the church band, the drummer was the one that captivated his attention the most.” SONOR

“Aaron Spears is the drummer with mega-platinum R &B superstars, such as Ariana Grande and Usher. Aaron’s parents recognized his love for music very early on. Their peace and quiet were willingly sacrificed to the sounds of him banging and clanging on anything he could get his baby hands on. As he grew so did his passion for the drums and his love for music.” Zildjian

"David Sierra began his musical journey when he was introduced to the drum set at the age of 7 by his older brother, Chris...

Born in 1980 into a musical family in Athens, Georgia, started playing drums and performing at an early age. After studying at the University...