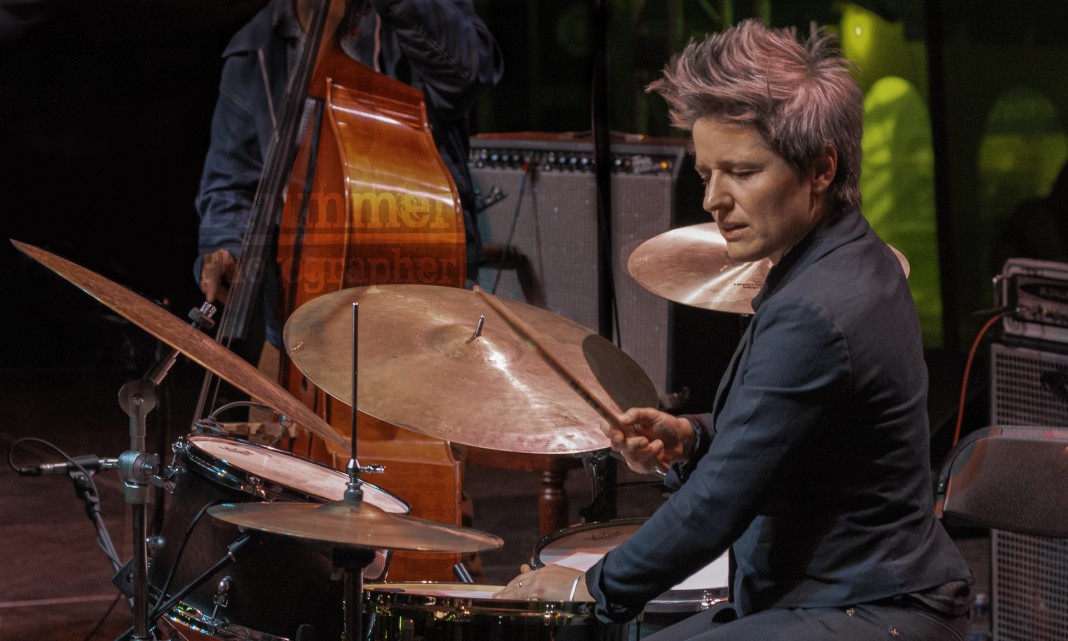 Allison Miller is a New York City-based drummer, composer, and teacher. She has recorded five albums as a bandleader: 5 AM Stroll, Boom Tic Boom, No Morphine-No Lilies, Live at Willisau, and Otis Was a Polar Bear, as well as working as a session musician. Her work with bands has included forming the band Honey Ear Trio with Rene Hart and Erik Lawrence, Holler and Bam with Toshi Reagon, and her own band, Allison Miller’s Boom Tic Boom.

Allison’s instructional lessons have been published in Modern Drummer Magazine, DRUM Magazine, TomTom Magazine, and Yamaha All Access 360. She is on Yamaha’s Top 30 Clinicians List. Allison believes that developing a solid rhythmic foundation begins on the ride cymbal. And, she believes in keeping it simple, starting with repetition of quarters notes. This repetition allows the student to understand the organics of drumming: pulse, time, motion, vibration, air movement, and the space in between the notes. From there she delves into four-way independence, rudimental technique, melody, feel, phrasing, improvisation, individual sound, and personal style. Allison always encourages her students to listen to the great jazz musicians of the 20th century and often assigns transcription projects.

When working with a small ensemble or big band, Allison teaches students how to play “together” as a group. She focuses on listening to one another and supporting one another. She stresses the use of group dynamics, intonation, and the potential musical power behind an exciting and dynamic big band. She often references the great big bands throughout the 20th century helping students understand that “Jazz music was the POP music of its day. Jazz music is still new, exciting, and fresh. It is a great outlet for musical expression!” – Allison Miller