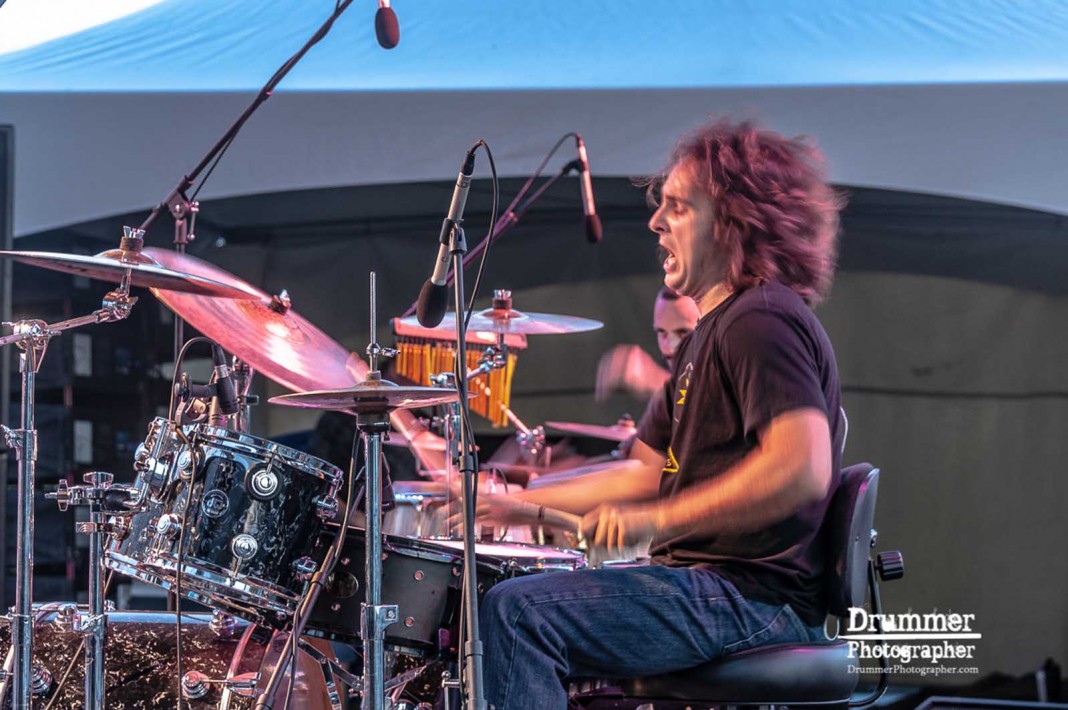 “Anthony was born in southern California and quickly started playing drums at the age of 5.  By 10 he was in his first band with 20-something bandmates.  He played his first concert at the Roxy on Sunset Boulevard in Hollywood, CA at the age of 13.  He booked the show himself over the phone pretending to be his agent.  When he was found out, he was told he would never play Hollywood again!  That wasn’t the case, of course.  Anthony went on, not only to play Hollywood again, but to tour and record with different artists world-wide for the last 25 years.”

”It was always a dream to be in a rock and roll band but when I got to Citrus College I realized there was so much more.”  Anthony attended Citrus College where he met his biggest mentor, professor Alan Waddington, who eventually introduced him to many artists with whom Anthony later toured.  He studied classical, jazz, latin, blues, reggae and funk as well as music business at Citrus and Azusa Pacific University.  “I would get to school at 5 a.m. and start practicing to be ahead of the game. Classes and rehearsals would start at 8 a.m. and go until 6 p.m.  Then would come after-school rehearsal or practice and finally I’d finish with a gig at midnight.  Four hours later I’d repeat.”  Anthony had this schedule for 5 years and averaged playing drums for 12 hours a day.

After college Anthony was touring and recording with many artists, sometimes working with up to 13 bands at one time.  He would also sell merchandise, tour manage and book shows.  In 2008, he met Lukas Nelson at a Neil Young concert through Alan Waddington.  Anthony and Lukas both loved Neil Young’s music from a very young age and had a strong bond because of this.  Lukas and Anthony became best friends and started Promise of the Real.  First in a small van and then graduating to a tour bus, they toured the world and managed to average 200 live shows a year.  “I’ve always told bands I worked with, somewhat jokingly, that if Neil happens to call, I’m leaving the band, and call he did!  Luckily he wanted to use our whole band!”.  In 2014, Lukas’s and Anthony’s dreams came true when Neil Young asked Promise of the Real to back him up.

As well as backing and recording with Neil, Promise of the Real continues to tour and record on their own.   Their latest self-titled album was on the top 10 Americana charts for months.  They were nominated for best group at the Americana Awards in 2018.

Recently, Anthony has been working with Promise of the Real making movies and scoring music, first in a movie called PARADOX with Neil Young and Willie Nelson and directed by Daryl Hannah and then in the remake of the iconic film A STAR IS BORN with Lady Gaga and Bradley Cooper who also directed it.

“It’s been a wild ride. I’m riding the wave and sharing the stoke. Grateful!  Thanks for coming to my site,”  — Anthony LoGerfo