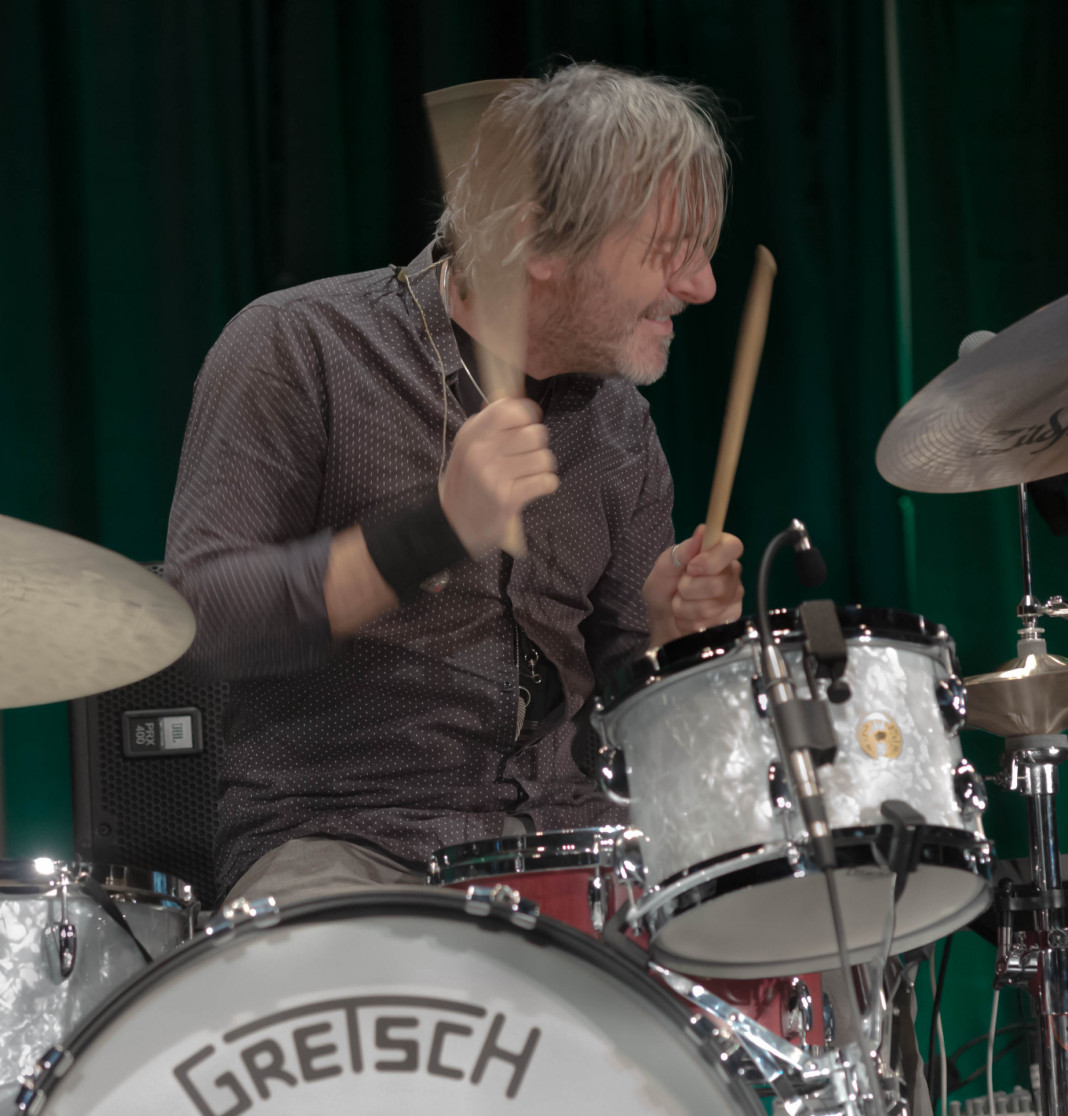 Educated at the Grove School In Market Drayton, Shropshire, Ashley Soan started having lessons at an early age with Brian Stone and then with Andy Richards.
He studied music at Salford University and then went on to study at Drumtech (now the Tech Music School) in Acton, London.
Soan’s first break was a short stint with Tom Robinson and then in 1994 joined the band Del Amitri.

He toured and recorded as a member of that band and left Del Amitri in 1997, and subsequently joined Faithless, then went on to tour and record with Squeeze, staying with them until their break-up in 1999.

“I have been working professionally as a drummer for over 20 years.

Other experiences I’ve had include playing the 2012 Olympic games opening ceremony with Mike Oldfield, being the house drummer on the BBC TV show The Voice and recently I played on the soundtrack for the new Terminator movie in July 2015 for composer Lorne Balfe.

The main part of my career has been involved with the recording industry and over the past 20 years or so I have recorded 51 top 20 albums for artists including Cher, Seal, Robbie Williams, Billy Idol, Adele, Enrique Iglesias, Dionne Warwick and Rumer, James Morrison, Cee Lo, Celine Dion and Ronan Keating. 45 of the albums reached the top 10. My discography also includes 21 top 10 singles and to date, I’ve recorded 18 number 1 albums and 11 number 1 singles which have featured on various pop and rock charts around the world.” Ash Soan