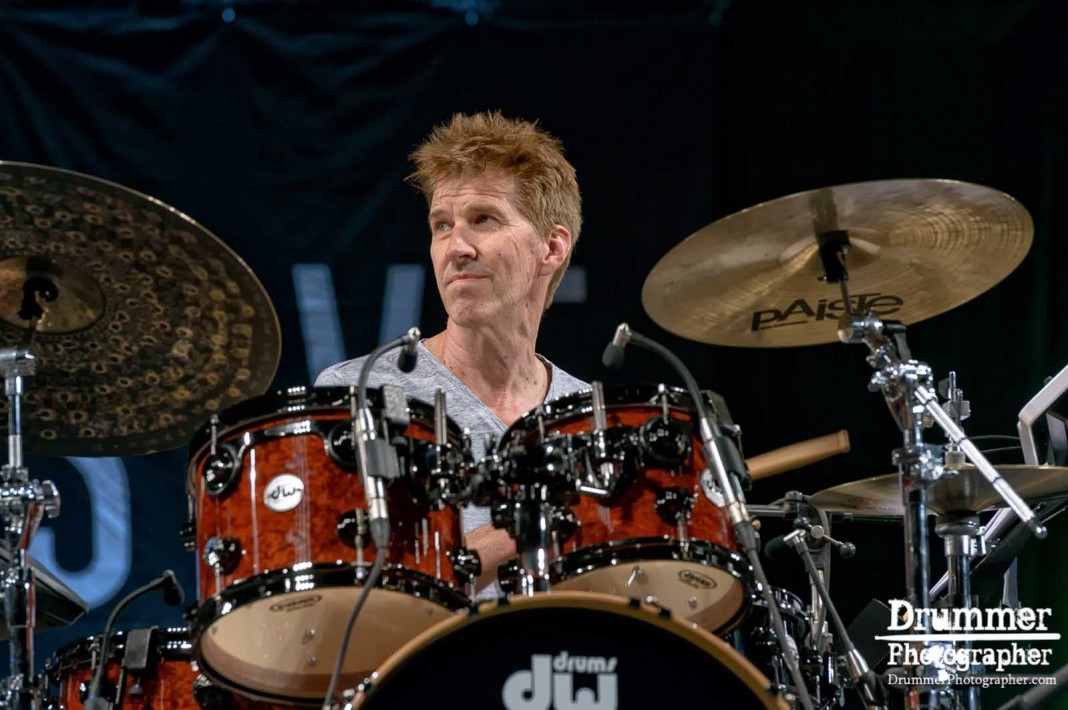 A Phenomenally skilled jazz and rock drummer, Chad’s professional career began in 1978 with the Bill Watrous band. Since then he has amassed a remarkable body of work including a seven-year association with Frank Zappa, with whom he toured the USA and Europe and recorded 26 albums including the London Symphony recordings.

As a bandleader and composer Chad has five critically acclaimed CDs: ‘Forty Reasons’, ‘The View’, ‘Scream’, ‘Legs Eleven’ and his latest release, Dreams Nightmares, and Improvisations. Chad has written music for the television show ‘The Dennis Miller Show’, as well as composing music for Allan Holdsworth’s ‘Secrets’, ‘Wardenclyffe Tower’ and ‘Sixteen Men of Tain’ CDs. His trio has a performance DVD, ‘Hits Live’.

Chad’s drumming combines the power and conviction of rock with the sensitivity and finesse of jazz. His playing is remarkably free of predictable patterns and licks, relying instead on invention and interplay with the musicians around him. Chad Wackerman The Official Site