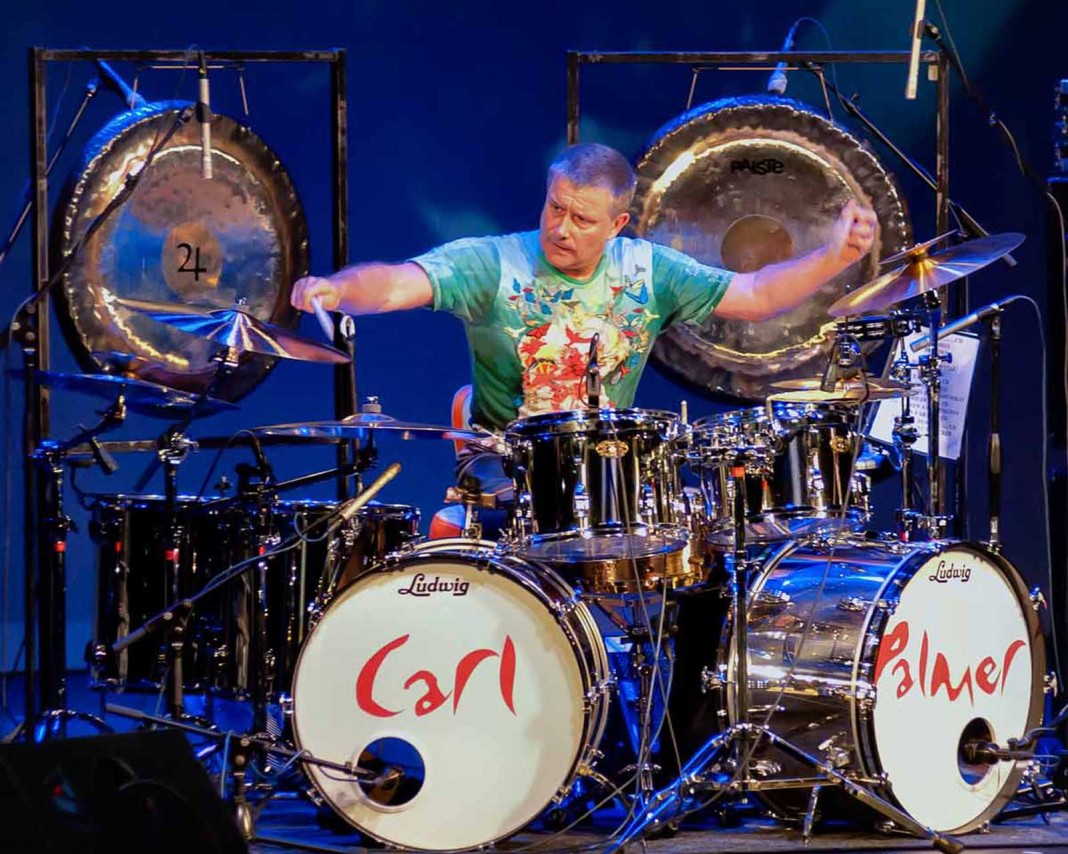 Carl Palmer is a drummer’s drummer. A consummate professional, a brilliant technician and a dynamic showman, he has thrilled listeners and audiences alike for nearly four decades with some of music’s most memorable bands including Atomic Rooster, The Crazy World Of Arthur Brown, Asia and Emerson, Lake & Palmer. Along the way, his dazzling speed and mastery of the drums, combined with his infectious stage personality, have secured for him a respected place in history as one of Rock and Roll’s greatest drummers.

At the age of 18, replacing drummer Drachen Theaker, Carl Palmer joined up with The Crazy World of Arthur Brown at the absolute peak of their success following the smash single “Fire” (“I am the God of Hellfire…”).

It was with Atomic Rooster that Carl Palmer enjoyed his first real success as a founding member of a band.

In the spring of 1970, Carl Palmer received a phone call that changed his life forever.  Keyboard virtuoso Keith Emerson, himself enjoying Top 10 U.K. success with The Nice, was forming a new band with King Crimson founder Greg Lake who had also just experienced real success with his band’s legendary “In The Court Of The Crimson King”. After trying out several drummers, including Mitch Mitchell, the two wanted Palmer to audition for a spot in the new trio but Palmer was uncertain if he wanted to leave the growing success of Atomic Rooster behind. Reluctantly, he agreed to meet and rehearse with the band and thank God he did.

Immediately dubbed a “supergroup” by the media, Emerson, Lake and Palmer (ELP) entered the musical arena with great expectations.

Along with bassist/vocalist John Wetton (U.K., King Crimson), Rick Wakeman (Yes) and guitar ace Trevor Rabin (Rabbit, Manfred Mann and later Yes). A deal with Geffen is said to have fallen through when Wakeman bailed. Still intent on his idea of a supergroup, Lane introduced John Wetton to Yes axeman Steve Howe. When that musical fit seemed right Lane brought in Palmer and keyboardist Geoff Downes (The Buggles, Yes) filled out the lineup. The group Asia was born.

In July 2010, Palmer also participated in a one-time reunion of ELP, staged before 30,000 at the High Voltage Festival in London.

Says Palmer: “I have the best of both worlds now. I have an active schedule with The Carl Palmer Band, and I continue to tour and record the original line up of ASIA. It is very satisfying and gratifying to know the fans are still out there and willing to support and enjoy the music I create. I hope to keep doing this for many more years to come.”   The Official Carl Palmer Global Web Site