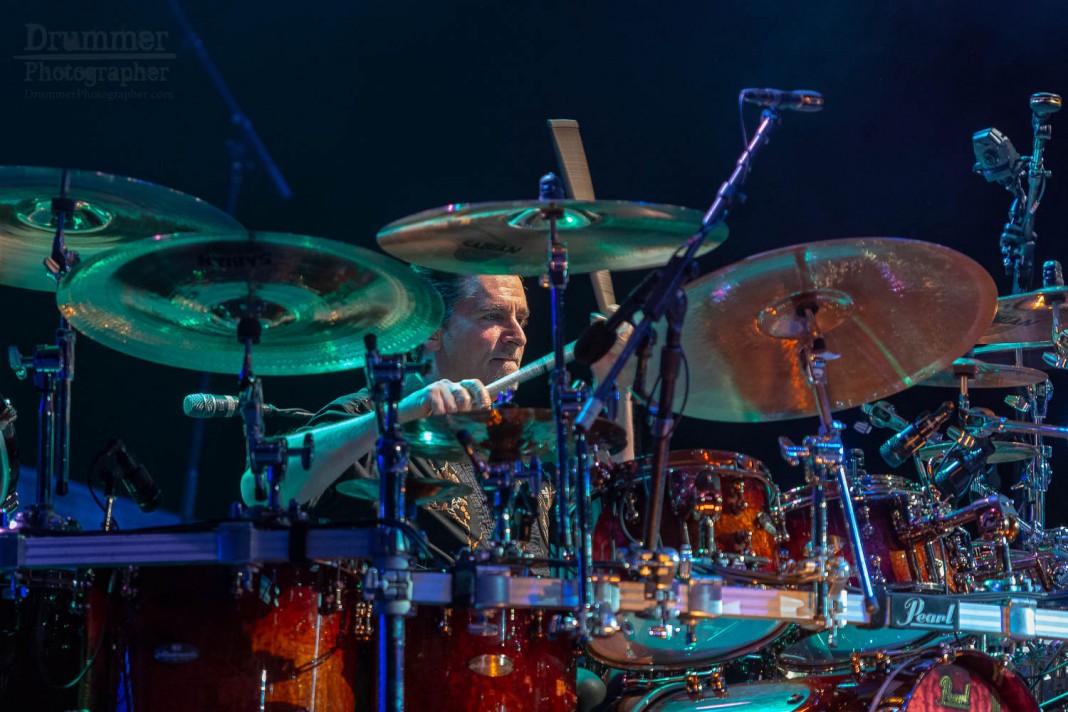 “Todd Sucherman is one of the most in-demand drummers on the planet. In addition to a 20+ year tenure with the legendary rock band Styx, Sucherman is a leading clinician and session artist. In 2018, the readers of Modern Drummer magazine named him “#1 Progressive Rock Drummer” plus”#1 Recorded Performance” for “The Mission” (Styx). His Methods and Mechanics instructional DVD series has won multiple awards.”
“Todd Sucherman grew up in a musical family. His father, Arnold J. Sucherman was a doctor by day, and a big band drummer by night. He was the house drummer at the famed Chez Parre’ in Chicago through the 1940s and ’50s. During that time he worked with Lena Horne, Sammy Davis Jr., Sophie Tucker, Joe E. Lewis, Jack Benny, and countless others. While on the road, at a gig in New Orleans, Arnold met a young actress, Jo Seiwert, who were performing together in the same variety show. They were married and soon formed a family of their own. Paul was first (keyboards), then Joel (bass), then Todd (drums). Todd was fascinated with the drums as an infant. His father taught him to play and could read music by age five. His first paying gig was with his brothers, “The Sucherman Brothers” at age six. They continued to play together and with other musicians for years.

Todd kept up with his musical studies through school and attended Berklee College of Music for one year. There he studied privately with Gary Chaffee, a world-renowned educator with former students the likes of Steve Smith and Vinnie Colaiuta.

In 1988, Todd returned to Chicago and quickly established himself as a first call musician in the recording scene. As an in-demand player for live and session work, this led to his association with the band Styx. Todd was called in to record when Styx’s John Panozzo was ill. After John Panozzo’s untimely death, Todd’s position in the band was solidified. Thirteen years later Styx continues to play to millions of fans all over the world averaging 100 dates a year. Todd has recorded several albums with the band including “Big Bang Theory” which put the band in the top 50 on Billboard for the fourth straight decade. In-between his time with Styx he’s recorded over 1000 radio and TV spots and worked with artists diverse as Peter Cetera, Brian Culbertson, Spinal Tap, Michael Bolton, The Falling Wallendas, Eric Marienthal, and Brian Wilson (including his 2003 release with Paul McCartney, Eric Clapton, and Elton John.) Todd has been an in-demand clinician performing at drum festivals around the world.” by Todd Sucherman