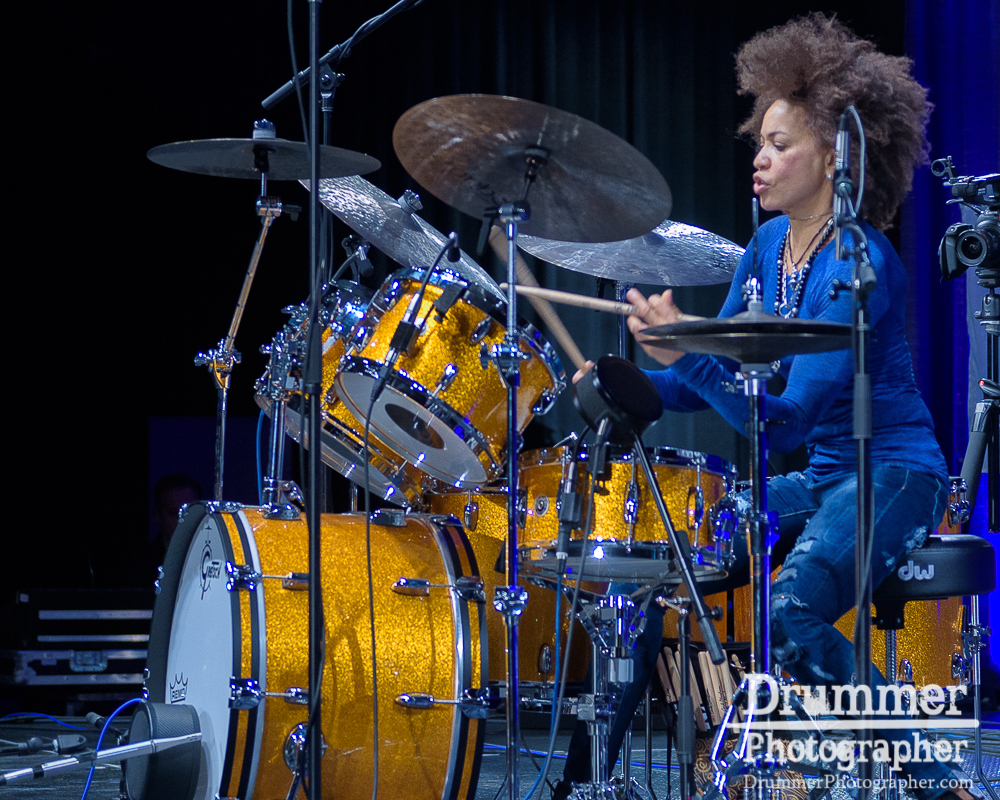 “Cindy has been creating magnificent musical time and space since the beginning of her career as a busking street performer in New York City in the ’80s through the present day, touring the globe and making albums at the top of her game—including the critically acclaimed Another Lifetime (2010). In addition to collaborating onstage and in-studio with her own group—also known as Another Lifetime—she has toured and recorded with artists including Pharoah Sanders, Cassandra Wilson, Bill Laswell, Joss Stone, Joe Henderson, Buckethead, Don Pullen, Hugh Masakela, and Angela Bofill. From 1992 to 2007 and again in 2014 & 2015 she was the drummer in Lenny Kravitz’s band, performing through multiple world tours and hit albums. In 2010, she was part of the all-star line-up performing “Bitches Brew,” a tribute to Miles Davis’ seminal album staged at the San Francisco Jazz Festival and NYC Winter JazzFest.” “More recently, Cindy has become the regular touring drummer for Santana. Having met several years earlier at a festival in Europe while she was touring with Kravitz, Cindy first played with Santana in spring 2010, when drummer Dennis Chambers had a previous commitment. “They have a great band vibe. It’s nice to play with people who have grown together, built a sound together, and stayed together,” she says. “When that happens, you can create so many different levels of communication. That’s what they’ve done, and I love interacting with it.” “Her recording career began in the late ’80s, and she has released albums with an acoustic ensemble—the Cindy Blackman Quartet—as well as with her electric outfit. One she cites as among her favorites is 2000’s Works On Canvas. “I like where the band was at that point, our sound was becoming really cohesive,” she says. The review in Jazz Times noted that the album “proceeds like an impressionistic suite in which she not only functions as the main rhythmic engine of the music, but also a magnificent colorist…Works on Canvas is an amazing portrait of one of this generation’s most colorful drummers.”