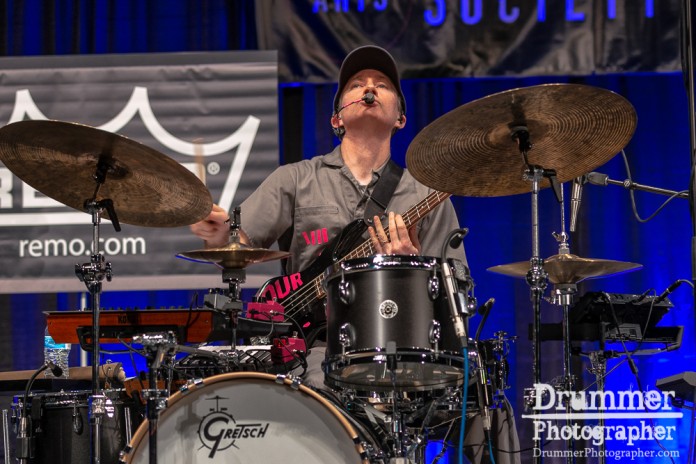 “Grammy nominated Nate Wood is a drummer/multi-instrumentalist and mastering engineer based in New York City. Nate is a founding member of the Grammy nominated quintet Kneebody. Kneebody released their self titled debut album in 2005 on trumpeter Dave Douglas’s label Greenleaf Music. In 2007, Kneebody released “Low Electrical Worker” on Colortone Media. They completed an album of arrangements of Charles Ives compositions with singer Theo Bleckmann and released the recording “12 Songs of Charles Ives” which was nominated “Best Classical Crossover Album” Grammy Award (2009, Winter and Winter). Kneebody’s latest record “The Line” was released on Concord Records in 2013.”Nate Wood “Nate is a member of Weyou, a duo project with Jesske Hume. Weyou released their first full-length album, titled een (2013). Weyouincorporates their multi-instrumental abilities into indie, folk, and avant-garde songwriting creating a sound that is often ambient and at times wildly experimental.” Kneebody

Born in Los Angeles, Perkins’ picked up drumsticks at the age of eight. His first public drum performance was at his Bar Mitzvah1980 in...

"Christopher "Chris" Layton (born November 16, 1955), also known as "Whipper", is an American drummer and software engineer who rose to fame as one...

Todd Nance was born in Chattanooga, Tennessee, on 20 November 1962. Before being given his first drum kit on Christmas 1975 he started playing the guitar as a boy....

A Phenomenally skilled jazz and rock drummer, Chad's professional career began in 1978 with the Bill Watrous band. Since then he has amassed a...