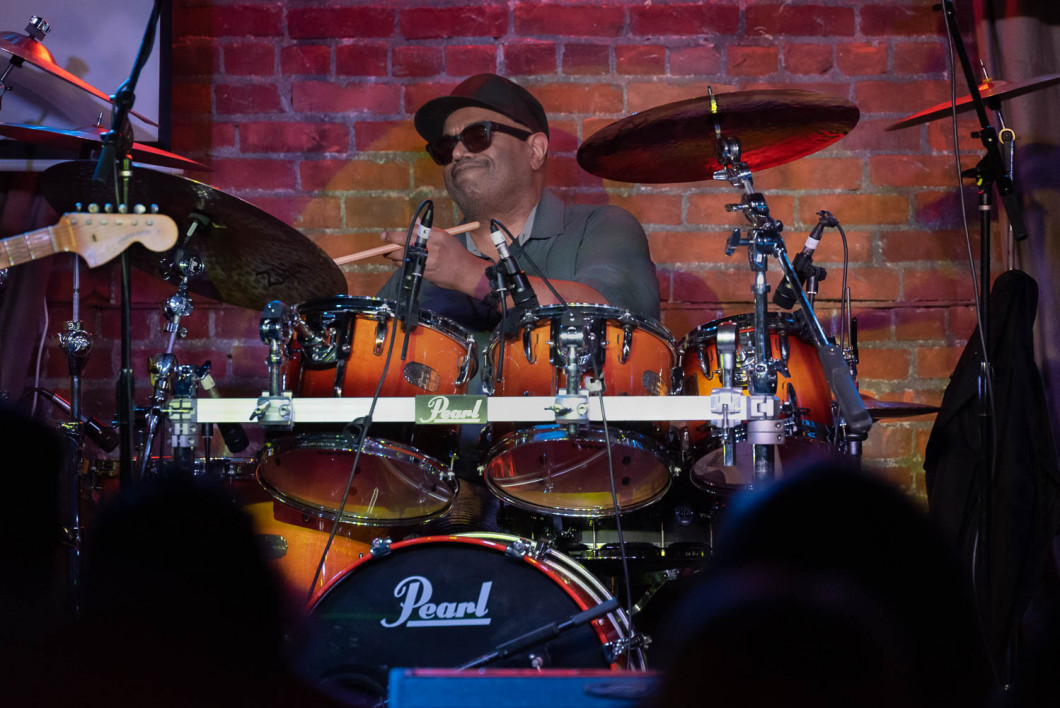 Dennis Chambers (born May 9, 1959) is an American drummer who has recorded and performed with John Scofield, George Duke, Brecker Brothers, Santana, Parliament/Funkadelic, John McLaughlin, Niacin, Mike Stern, CAB, Greg Howe, and many others. Despite a lack of formal training, Chambers has become well known among drummers for his technique and speed.[citation needed]Chambers is particularly regarded for his ability to play “in the pocket” but can also stretch very far out of the pocket which is also a hallmark of his technique.[citation needed] Chambers exhibits a powerful style that is technically proficient, yet highly musical and groove-oriented.[citation needed] He can play in a wide variety of musical genres, but is perhaps most notable for his jazz-fusion, funk, and Latin music playing. He is mostly known for his fast hands and triplets on the bass drum. He has helped many young drummers, the most prominent being Tony Royster, Jr.

In 2007, just before Led Zeppelin was scheduled to play at the O2 Arena in London, John Bonham’s son Jason was asked in an interview that if he himself were to pass up the opportunity, which drummer would he recommend to fill the coveted drum throne. His reply was ‘If I were to choose, I would probably want a jazz drummer with a strong swing feel. You know what – Dennis Chambers. I think he would “get it”, whereas other rock drummers wouldn’t.’

In an interview by Bonedo in 2011 Dennis Chambers was asked who some of his influences and favorite drummers were and he mentioned Clyde Stubblefield, Al Jackson Jr., Steve Gadd, Vinnie Colaiuta, Gary Husband, Jack Dejohnette, Billy Cobham, Buddy Rich, Elvin Jones, Roy Haynes, and Tony Williams.

He performed on the critically acclaimed Maceo Parker live album “Roots and Grooves” album with longtime friend Rodney “Skeet” Curtis (bass) and the WDR Big Band. He has toured extensively with Carlos Santana and makes appearances with his band Niacin.

Chambers began drumming at the age of four years and was gigging in Baltimore-area nightclubs by the age of six. He was recruited in 1981 by the Sugar Hill Label to be their “house drummer.” Dennis plays on many Sugar Hill releases.  In 1978 (at 18 years old) he joined Parliament/Funkadelic and stayed with them until 1985. In 1986 he joined the John Scofield band. Since then he has played with most of the major figures in jazz fusion music.

On August 26, 2011, Chambers appeared as a featured drummer on the Late Show with David Letterman’s Drum Solo Week II, alongside other such notable players as Tony Royster, Jr., Gavin Harrison, Neil Peart, and Stewart Copeland.