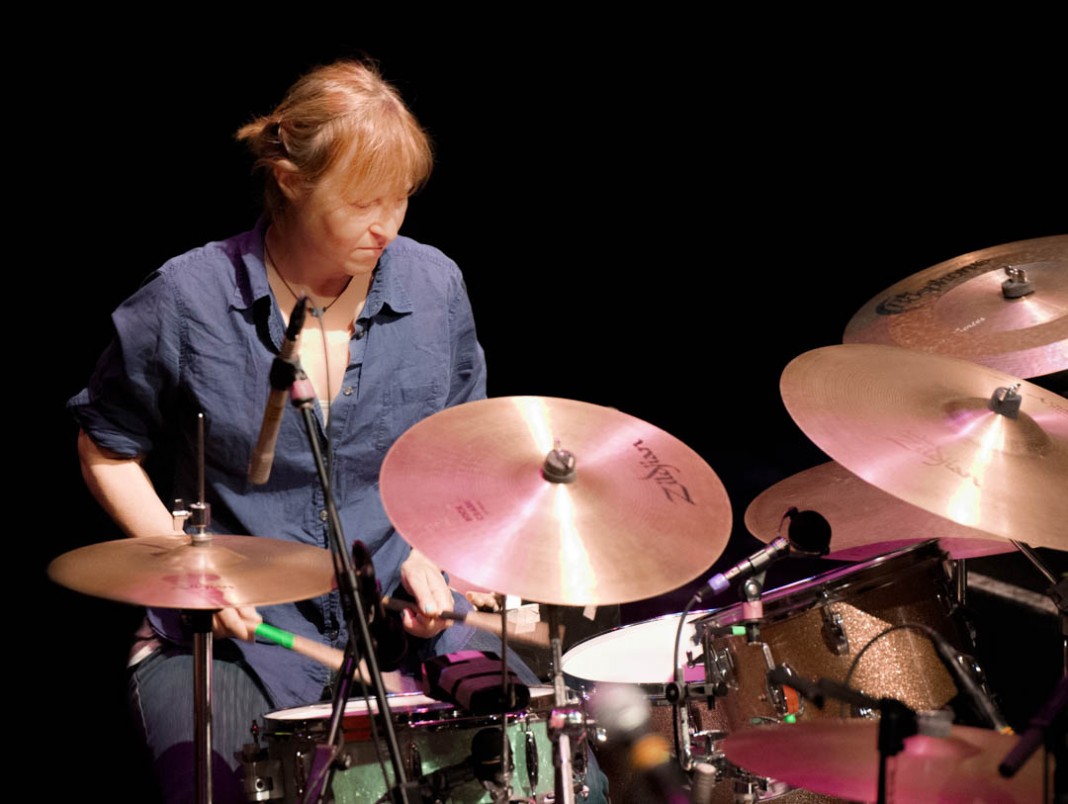 is a percussionist, vocalist, and visual artist. She is one of the two founding members of the indie rock band Yo La Tengo.

She is married to the group’s other founding member, guitarist/vocalist Ira Kaplan, with whom she lives in New Jersey. The two would often see each other in record shops and at the same shows. Finding a common ground in music, and sharing a love of New York Mets baseball, they began hanging out and jamming together. They formed the band in 1984, and released their first album, Ride the Tiger, in 1986 on the Coyote label. In addition to her duties as drummer and vocalist, Hubley has designed covers for the band’s releases. She also plays occasional guitar, keyboard, drum machine on the band’s recordings.

Georgia is a daughter of UPA studios animators John Hubley and Faith Elliott Hubley, and a sister of Emily Hubley. Wikipedia

The core of Y o La Tengo (Spanish for the outfielder’s cry of “I’ve got it!”) is comprised of singer/guitarist Kaplan and his wife, drummer/vocalist Georgia Hubley. All Music