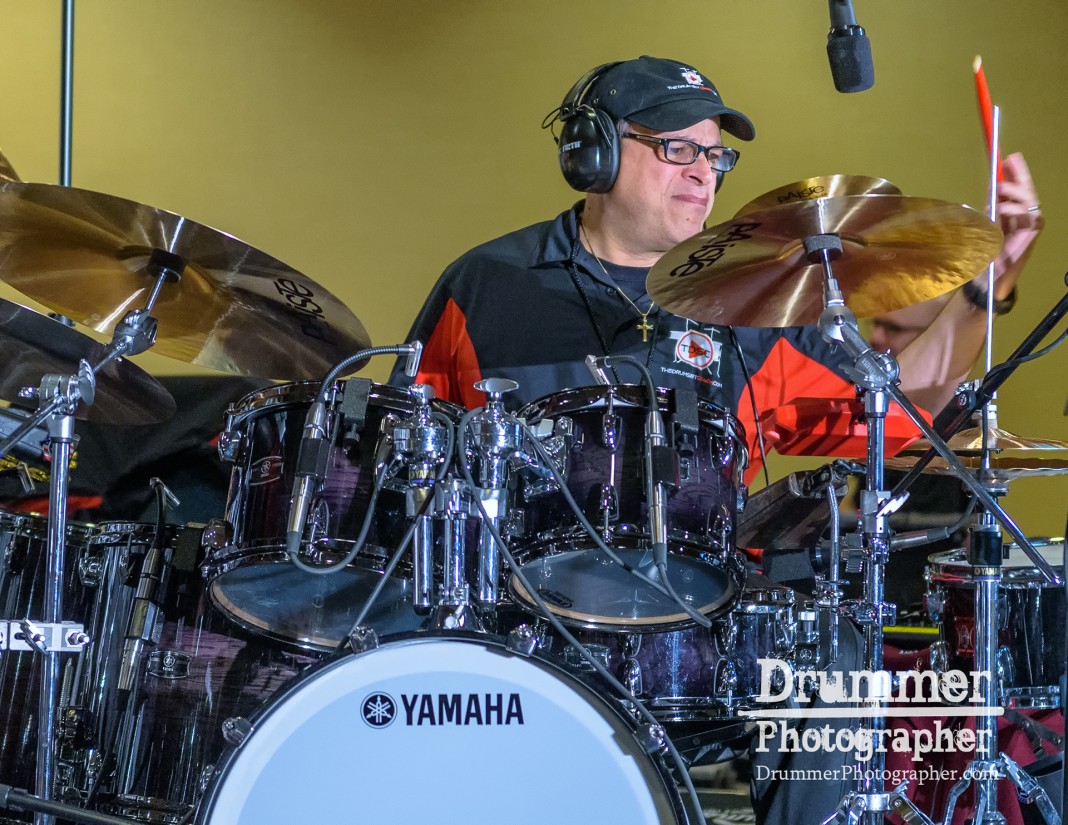 “Associate Professor at the Berklee College of Music, Professor De Almeida holds a Masters Degree in Music Performance from The University of Southern Mississippi. He is a graduate of The Berklee College of Music in Boston, MA. He graduated in Jazz Composition. He is the leader of his own groups, The Henjosal Trio featuring Berklee Professors Joe Santerre on bass and Sal DiFusco on guitar. He also leads the Jazz Fusion group World News. Henrique endorses Humes & Berg drum cases. He is a clinician, for Yamaha Drums, LP Percussion, Vic Firth Sticks, Paiste Cymbals, Evans drumheads and Earthworks Microphones. He utilizes Westone Audio In-ear monitor systems. An accomplished author and published clinician Henrique’s educational products are often ranked high in Modern Drummer Magazine and are currently available through the top publishing companies such as Amazon.com and online schools such as Drumeo for which he is on faculty as well.

Henrique is in high demand as a teacher, producer/composer and sought-after artist.  Henrique has been approached by shows such as ABC’s “Dancing With The Stars” and other enterprises. He is constantly delivering praised products to the music industry and designing courses for the Berklee Percussion Department.  Henrique works with some of the biggest names in the TV industry (such as HBO) and the commercial world.  This includes writing original music for TV campaigns with companies such as Victoria Secret and Australian David Jones Department stores. He also recorded and toured nationally and internationally with acclaimed USAFA Falconaires Contemporary Big Band, and the USAFA rock band Blue Steel. Henrique has performed several times at the prestigious Carnegie Hall. He writes articles for Modern Drummer Magazine, performs at music conferences such as PASIC (Percussive Arts Society International Convention),  JEN – (Jazz Educators Network) and numerous jazz festivals around the world. ” Henrique De Almeida