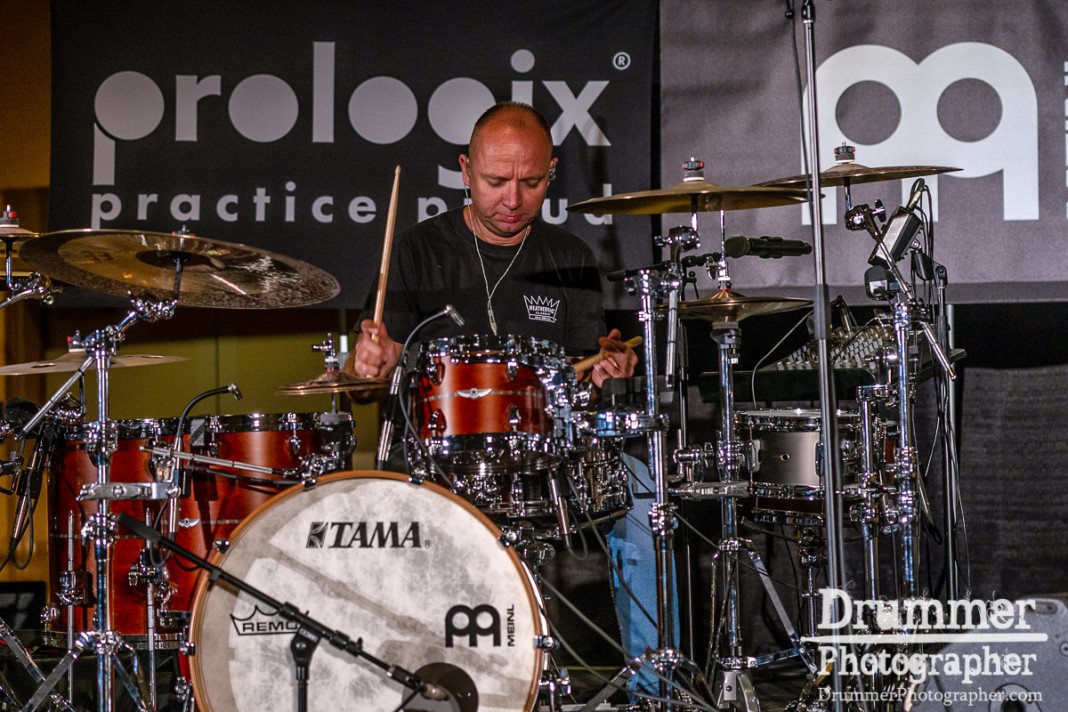 “Peter Szendofi is one of the most talented professional drummers, composers and most frequently employed musicians in Hungary. He conducts courses, has played on about 130 albums, and performs on festivals and concerts almost in all kinds of music. He was born in Budapest, Hungary in 1968, and grew up in a family where music filled their everyday life. Despite the musical milieu in the family, Peter was initially interested in fine arts, and he started to play music at the fairly late age of 16. He studied classical music first, then taught himself to play the drums. After studying and transcribing his first great influence, Billy Cobham, Peter graduated from the faculty of Jazz at the Music Academy in 1992 and began performing. In 1995 he earned a scholarship from Drummers Collective in New York.
Peter has performed with Loop Doctors with Gary Willis and Brandon Fields, Fusio Group, Trio Ricardo, Subjective Symptom, and Eastwing Group, among others. He is an international artist endorser for  and a member of the Drum Set Committee of Percussive Arts Society.

Since 2007, Peter is the major lecturer of the Jazz Drum Department of Kodolanyi University, and a visiting faculty member at Galileo University Guatemala, North Karelia University Finland and Drummers Collective, New York. Peter has 18 years of teaching experience and has taught at international events such as the Drummers Camp Sardinia and Atina Jazz Camp, Italy.” Drum Guru