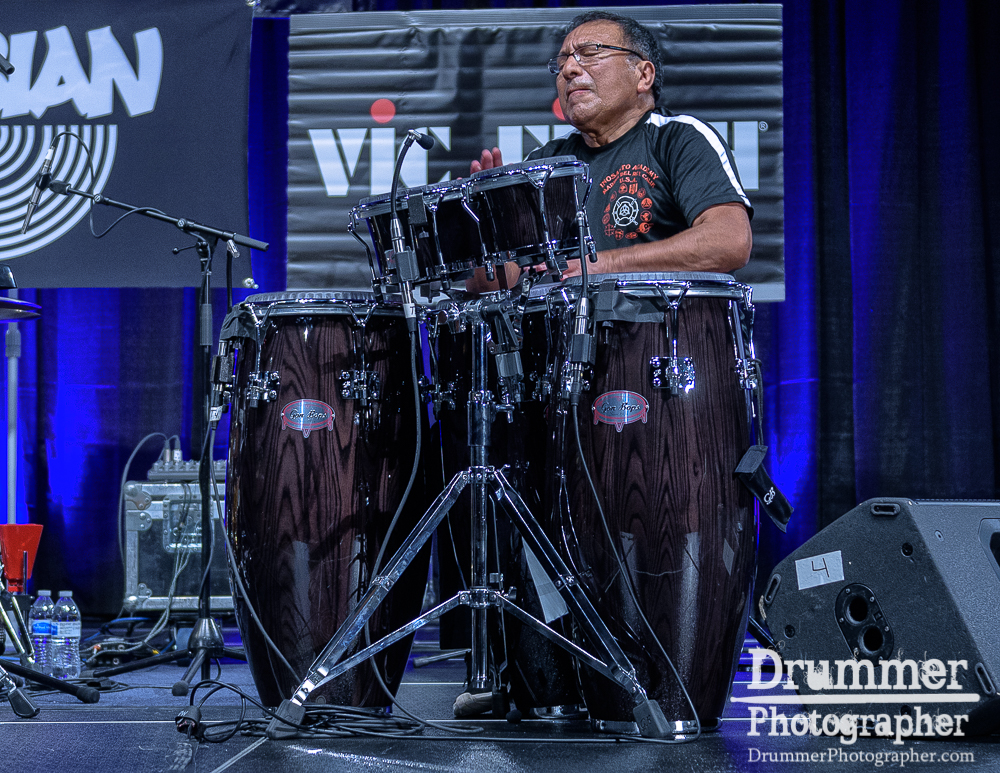 Alex Acuna may be one of the most successful Latin drummers to come out of South America. His career has shown people everywhere that Alex Acuna can shine in all types of music styles, including jazz drumming, Latin drumming, rock drumming, blues drumming, and fusion. He was a part of music history in a number of occasions and has drummed for countless albums and music greats. He can also be heard in many television production projects. With such a variety of skills behind his back, there is no doubt Acuna is one of the top drummers of his style, and of our time.

Alex was born in Pativilca Peru, about one hundred miles north of Lima. His family was extremely musical, including 5 brothers and a father who were all musicians themselves. Alex decided to take up the drums and started to teach himself how to play the drums at the age of four. He was very successful, and by the time he was 10, he was already playing for many local shows and bands. Alex eventually realized music is where he wanted to be, and by the time he was a teen, he moved to Lima, Peru and became a full-time studio session drummer. It was here where he built his name as one of Peru’s most accomplished session drummers, as he recorded for many studio projects, and television shows.

His reputation was beginning to build as a live performer as well. In Lima, Alex started to play shows more frequently, growing respect among musicians of all different styles. When he turned 18 years old, Alex was chosen by the great Latin musician Perez Prado to join his music group. In this band, Acuna traveled all over the place including a number of visits to the USA. Acuna immediately fell in love with this country. In 1967, he moved to Puerto Rico to do session work and play in local bands. It was here where he went to school for three years at the Puerto Rico Conservatory of music studying the art of classical percussion.

In 1974, Alex moved to Las Vegas. This is where his career really took off. In Vegas, Acuna played for the rock superstar Elvis Presley and famous singer Diana Ross. He also drummed for the first ever jazz fusion album to sell over a million copies – “Heavy Weather”. Drumeo