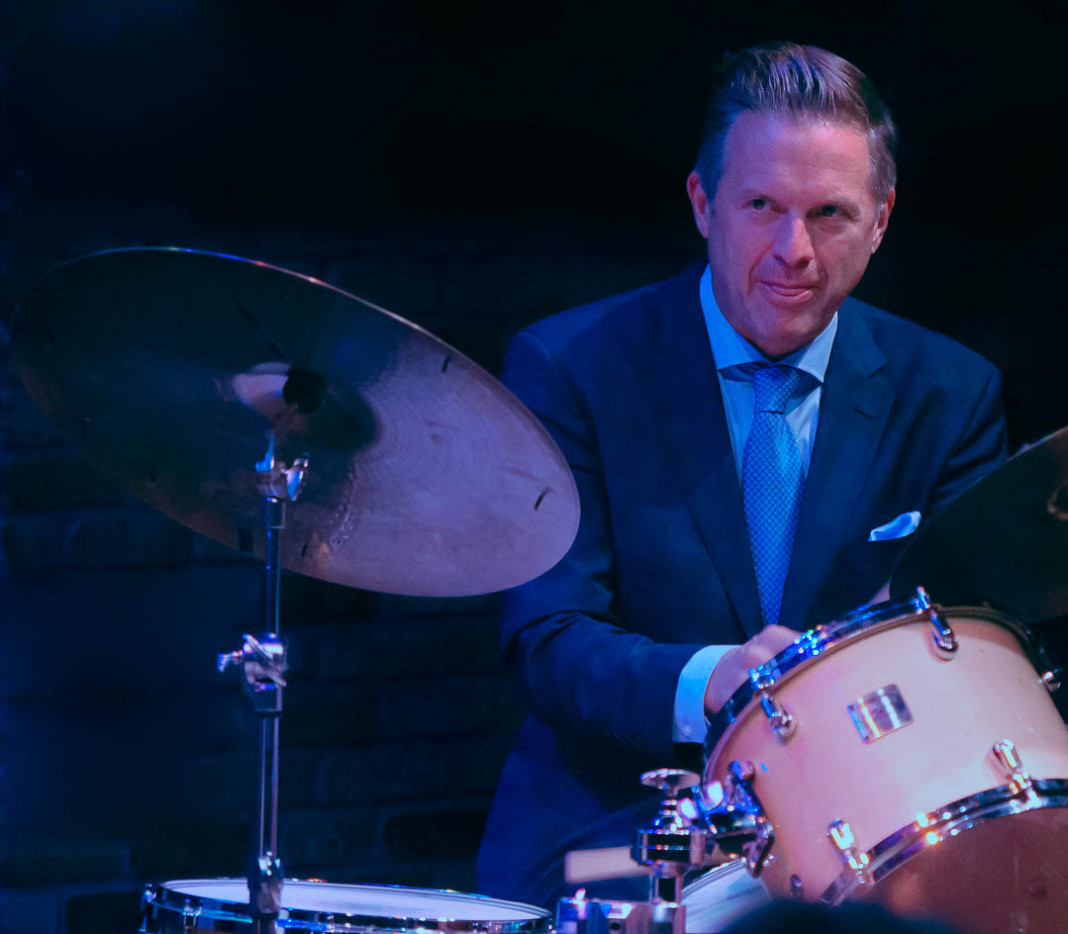 “One of the most highly regarded jazz drummers on the scene today, Joe is known for his blazing speed, precision, musical, and melodic playing.
Born in South Hadley, Massachusetts in 1968, Joe grew up in a musical family; his father was a music educator and he has four older brothers, two of whom became professional musicians.

He studied with Alan Dawson and Arthur Taylor prior to attending and graduating from William Patterson College in New Jersey in 1994 where he began playing with saxophonist, Eric Alexander and guitarist, Peter Bernstein.

He is currently the drummer for McCoy Tyner and a member of the Pharaoh Sanders Quartet, Harold Mabern Trio, and is a founding member of the renowned One for All Quintet.”  JOE FARNSWORTH