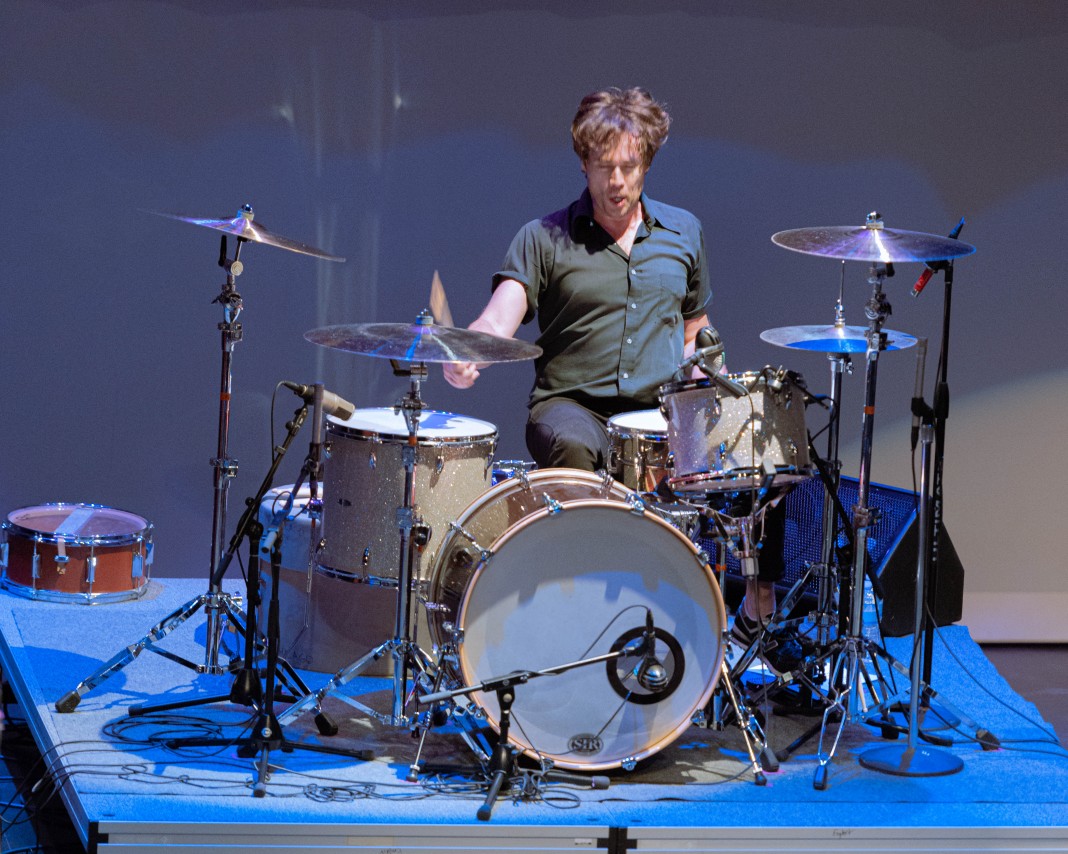 Since joining the hugely influential indie band Superchunk in 1991, he’s gone on to save the day for a host of highly regarded artists, from Marah, Bob Mould, and the New Pornographers to Guided by Voices, Ryan Adams, and Jay Farrar. All the while, he’s developed some of the most appealingly twisted characters in contemporary comedy. He’s even found the time to occasionally write for this very magazine. MD editorial director Adam Budofsky wants to learn how he manages such a wide, varied, and demanding workload.

If you subscribe to the ancient Chinese philosophy of yin and yang, then you’ll need very little convincing that somewhere on our planet lives one chronically dimwitted, arrhythmic, humorless, mumbling, unemployed fellow. This hapless chap serves the purpose of balancing the existence of the singularly intelligent, groovy, sharp-tongued, booked-solid drummer and humorist known to music lovers as Jon Wurster and to indie radio and comedy fans as, among other things, Philly Boy Roy, the Gorch, and Ronald Thomas Clontle.

Grasping the idea of cosmic balance is, indeed, at the heart of understanding Wurster’s career. For not only has Jon spent the better part of two decades playing decisive, hook-filled drums with an all-star cast of indie-rock heavy hitters, including former Hüsker Dü/Sugar leader Bob Mould, Guided by Voices mastermind Robert Pollard, Mountain Goats honcho John Darnielle, and the influential band Superchunk, but he has also been at the center of some of the smartest, funniest, and strangest humor to creep onto our airwaves and laptops. Wurster’s slacker doppelgänger would have to absolutely freeze on camera, for our hero has contributed hilarious onscreen appearances to music videos by Mould, Aimee Mann, and the New Pornographers, as well as skits with his longtime collaborator Tom Scharpling, creator of the Best Show on the well-known, independently run New Jersey radio station WFMU.

The guy is funny. Really funny. Like, give-him-his-own-series-on-FX-already funny. And he plays the kit like he damn well means it. Modern Drummer sat with the amiable yet thoughtful Wurster on the eve of the release of Superchunk’s bracing and tuneful new album, I Hate Music.