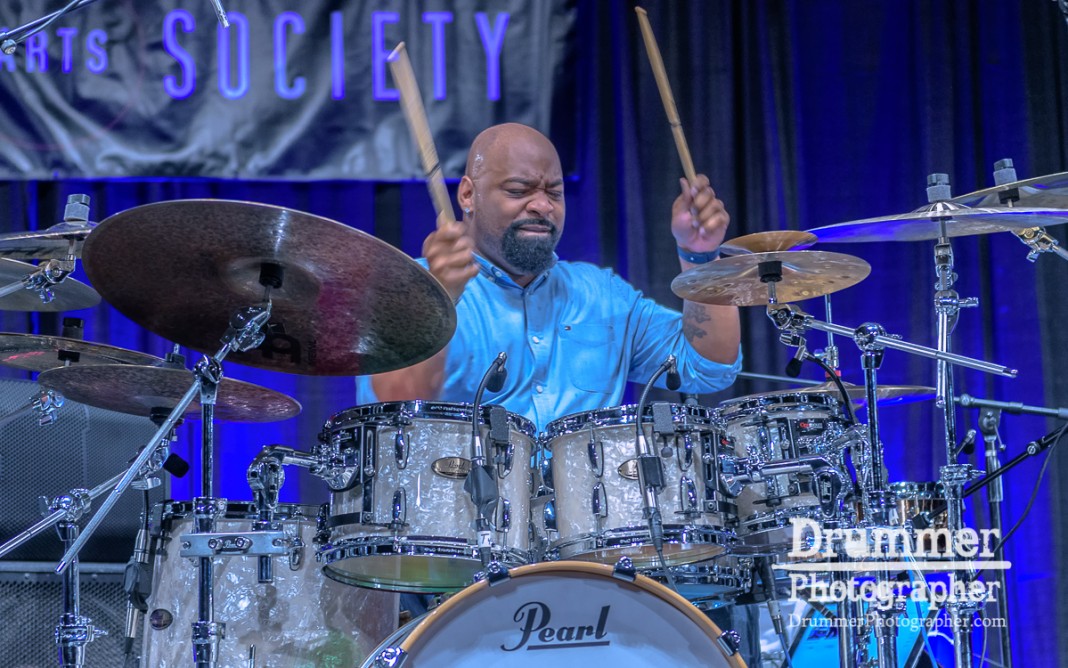 Calvin Rodgers was born into a family of musicians, on the south side of Chicago, Illinois. As a young child, his parents noticed instantly his love for music, and especially his passion for the drums. His father Willie Rodgers, a well-known songwriter and musician, encouraged Calvin’s gift and immediately began cultivating it, by pouring into him constantly. Oftentimes, Calvin’s father would take him to late night rehearsals and studio sessions, to offer him the opportunity to watch and learn from the veteran musicians that his dad would often work with. As the years passed, Calvin gained more and more exposure, playing at local churches, with various solo artists, groups and choirs. At the age of 15, while some were yet perfecting their craft, Calvin was granted the honor of playing alongside the recently GRAMMY nominated choir, Ricky Dillard and New Generation Chorale. The live CD/Video “Hallelujah”, was Calvin’s first nationally released recording. Shortly thereafter, Calvin’s drumming caught the attention of jazz icon, Ramsey Lewis. Lewis was spearheading the inner city music program, Jazz Mentors. This program afforded talented high school musicians the opportunity to be mentored musically, by some of Chicago’s finest jazz musicians and teachers. Calvin studied under the tutelage of the drummer for that program, Ernie Adams, for two years. Upon graduating, Lewis invited Calvin to join and record with his award-winning super-group, Urban Knights.

Simultaneously, Calvin began touring with gospel singer and songwriter, John P. Kee. Calvin was also becoming a regular first call studio session drummer in Chicago, for everything from smooth jazz to radio and television jingles. It was while working as a studio player that Calvin met RnB powerhouse, R. Kelly. With over 200+ awards won, including three GRAMMYS, Calvin knew that when Kelly offered him the position as his touring drummer, he couldn’t say no. After two years of touring the U.S. and Europe with R.Kelly, Calvin decided he had to respond to a higher calling, and return to his gospel roots. He accepted a job offer with GRAMMY award winner Fred Hammond, as a music director. As of current, Calvin is now Hammond’s lead co-writer and co-producer. Calvin also maintains a steady schedule as a clinician and a private lesson teacher. Whenever in Chicago, Calvin can be found on the drums at his home church, New Life Covenant. He also serves as a mentor and big brother, to many up and coming drummers and musicians.” Calvin Rogers