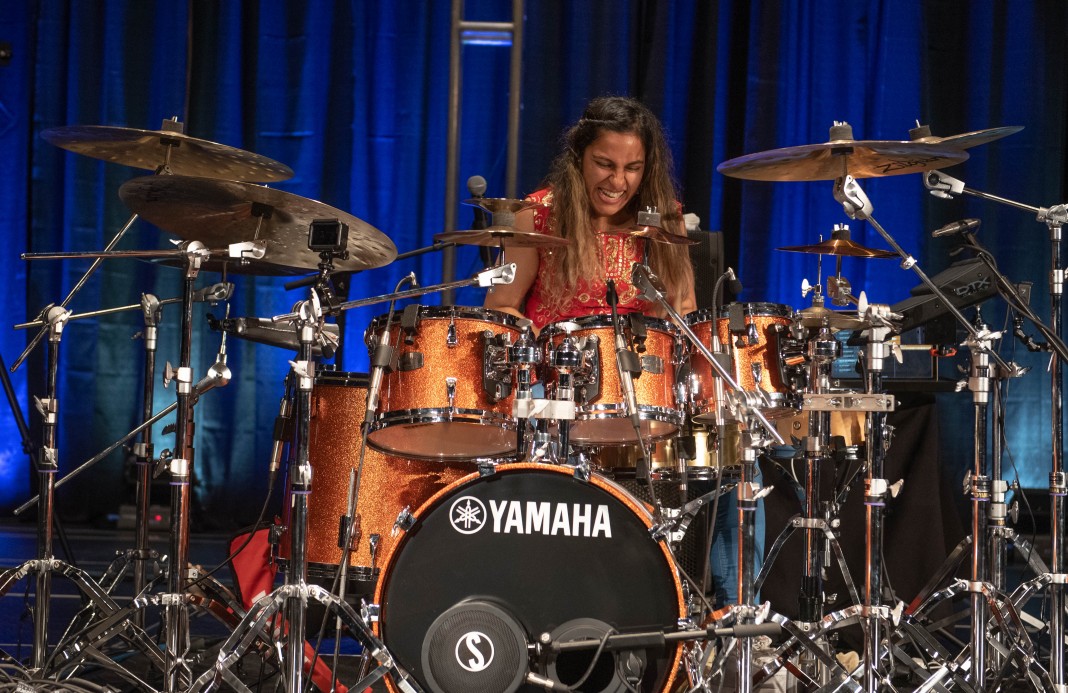 Sarah Thawer is a self-taught drummer based in Toronto, Canada. She started playing drums at age 2 and her first stage performance was at age 5. She is currently freelancing, touring, recording and performing with international artists playing various genres including jazz, fusion, Latin, gospel, funk, r&b, hip hop, Indian and world music. “I love that music and culture go hand in hand. You learn so much growing up in a culture where every event has music to it.” –Sarah Thawer