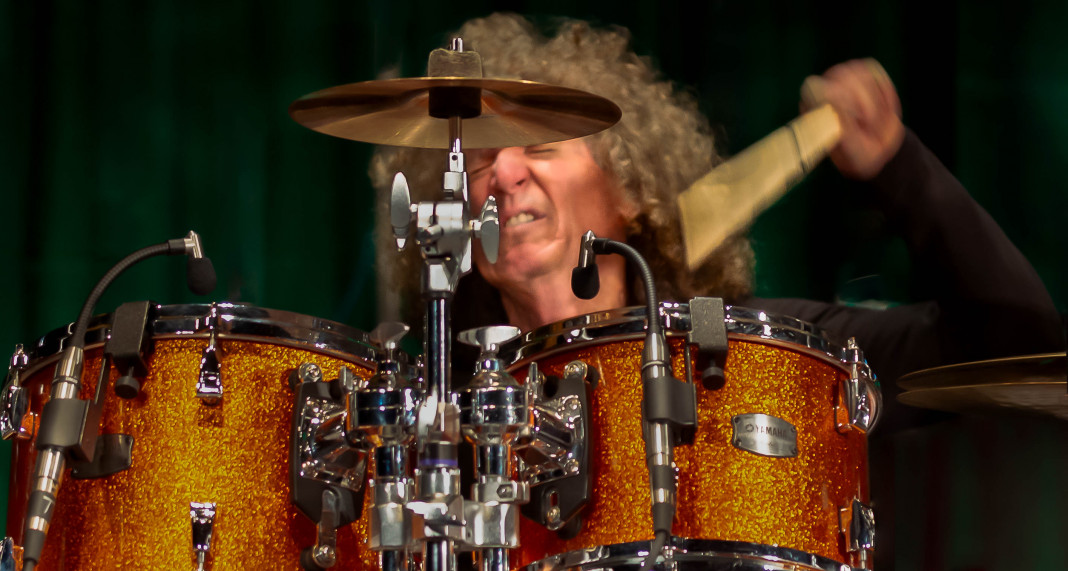 “Tommy’s signature style is a rare combination of power, technique, and feel.

Tommy remains very active as a clinician discussing everything from the basic fundamentals of rock drumming to the double bass fills and solos that made him famous.

With his hard-hitting style, flair, and showmanship, Tommy continues to be a major influence in hard rock and heavy metal drumming.” Yamaha Drums

“Tommy taught himself to play the drums. He didn’t have the benefit of affording a private teacher, and he wasn’t attracted to the high school drum corps. He grew up listening to albums by Cream, the Beatles, and Jimi Hendrix, however, and he mimicked his heroes on those albums.

He started playing double bass early on, in order to get a sound that he had in his head. He started out playing in clubs and at frat parties, but got his break into the majors when he was asked to join Black Oak Arkansas, an up and coming southern rock outfit. However, when he made the decision to leave the band, he experienced complications.

After about a year, he was able to forge ahead, and he began working with Pat Travers. He worked with him for a few years, did a few tours, and put out a few records, until he left for England. He wanted to try living and working in England, and he began working with Gary Moore. They put out a couple of albums, and met Ozzy Osbourne and Randy Rhoads during this time. Tommy and Randy became good friends, and eventually got the chance to work together with Ozzy Osbourne’s band. He was the drummer on the phenomenal Diary of a Madman tour, and describes working with Randy “highlight of my career.” He stayed on with Ozzy’s band as Jake E. Lee joined on lead guitar, and they put out Bark at the Moon, but Tommy was ready for a change. About this time, Tommy began corresponding with Rudy Sarzo, who had just finished his successful stint with Quiet Riot, and they began kicking around and trying to make something happen. They hired Tony MacAlpine and did a couple of albums, but it ended up not being a permanent band situation. Tommy began hanging around with John Sykes, who was in touch with David Coverdale. John and David were looking for a solid rhythm section to support their hard-driving sound, and eventually, Rudy and Tommy joined Whitesnake.” Paiste