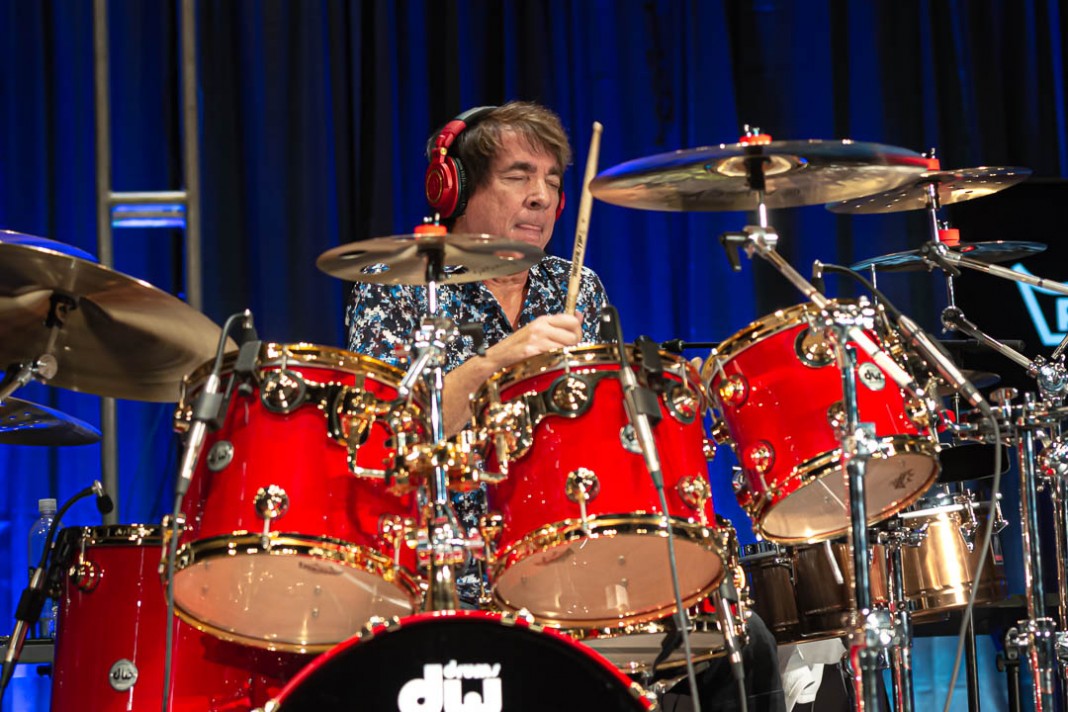 Walfredo Reyes, Jr. is one of the most versatile, respected & in-demand drummers in the world. Whether in the studio recording, touring or teaching educational clinics on percussion & drum set he is an artist who passionately gives all of his heart & soul to each musical circumstance he is involved in. In addition to the countless movie & television soundtracks, Wally has consistently played alongside scores of top international musical artists. A small sampling of which would be Carlos Santana, Steve Winwood, Traffic, Robbie Robertson, Lindsey Buckingham, Jackson Browne, Ricky Lee Jones, Boz Scaggs, Joe Sample,Mickey Hart, Ricky Martin, Christina Aguilera, Gloria Estefan, Celia Cruz, Khaled (Algeria), Sergio Mendes (Brazil), Jimmy Barnes (Australia), & Johnny Hallyday (France). Wally put together an instructional DVD “Global Beats” & also released two CDs of his own, “WallyWorld” & “Jamming at the Baked Potato”. Wally is currently touring as the drummer of Chicago the band.

Looking back over the last 45+ years, outside of an odd job as a busboy in HS I have been a professional drummer/percussionist. To successfully work as a professional drummer/percussionist there is a certain skill set one must learn. Aside from mastering your instrument (technique, reading music, having the appropriate gear, tuning, etc.), there are 3 factors that although related, are very different from each other. Tempos, grooves, & styles.
A cooperative personality when working with others is key in any business. We must be willing & able to communicate effectively with clients, band leaders, producers, bandmates, etc. Music is the greatest communication in the world however interpersonal communication is the key to personal & career success. Having manners & a certain “musician’s etiquette” whether touring, in the studio or at a single performance is also vital. When touring most of the time is spent offstage with bandmates etc. which is where courtesy & manners go a long way.