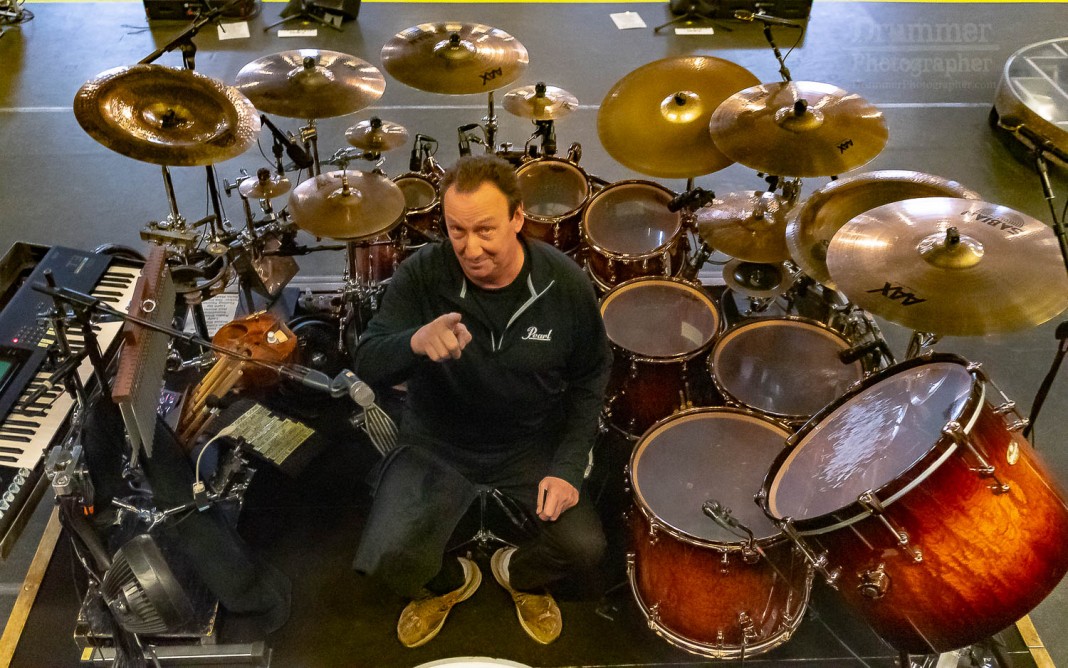 Zildjian cymbals from the 50s and 60s

Paul is honored to have had the privilege of working with many great drummers during his life such as Chris Slade, Thommy Price, Omar Hakim, Dennis Elliott, Mark Schullman, Ron Wikso, Brian Tishey, Jerome Dylan, Nir Z  and many more.

When not on tour when at home Paul donates time teaching kids in schools with music classes how to take care of their instruments either drums, bases, or guitars.  Paul also addresses basic tuning. “The best way to tune a drum is to find the voice in each drum. You will hear it sing out when you tighten it up, you make it too tight and it sounds like you are choking it like somebody’s got their hands around its throat,” As Todd Sucherman’s drum tech since 2002, he watches Todd play during his Styx set from behind a curtain on a drum throne.  Todd can turn to Paul and tell him if he needs anything. Paul also offers suggestions if he sees things that will help Todd be more efficient.

Paul stated that Todd had told him that some of his sticks did not feel right. They discovered that the taper was incorrect and it affected the weight. Paul went to Bed, Bath and Beyond and bought a kitchen scale. He now weighs each stick, writes the weight on the butts of his sticks. “17 years ago, Paulie Carrizzo started as my drum tech on the road. I do not know of many drummers who can say they’ve had the same tech for half that long. Thank you, my dear and most trusted friend! Here’s to 17 more!”  Todd Sucherman, February 2019